Even as medical advances and scientific research has helped to reduce deaths from other diseases, there has been a sharp rise in fatalities involving opioid overdoses.  According to the CDC, “More people died from drug overdoses in 2014 than in any year on record. The majority of drug overdose deaths (more than six out of ten) involve an opioid.”

These aren’t the only risks however, as more than 2 million Americans abused or became dependent on prescription opioids and more than a thousand people daily are treated in emergency departments for this cause.  Compounded with the rise in heroin availabilities and those switching to heroin for a cheaper and more potent opioid high, the real risk of using opioids is significantly more problematic than ever before. 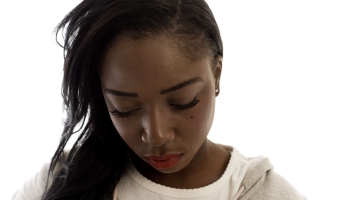 Once a dependency is developed, opioids will start being taken in higher quantities in order to avoid withdrawal symptoms.

Opioids act as central nervous system depressants that slow down breathing, heart, rate, and awareness.  The common signs of abuse are pinpoint pupils, “nodding off”, track marks from injection use, frequent mood changes, and withdrawals that appear flu-like in nature with pain, anxiety, cravings, and aggressive tendencies to get more drugs.  The faster the opioid chemicals reach the brain, the more euphoric the experience; and the more often used, the greater the development of tolerance and dependency as the brain attempts to adapt to the changes in functions, systems, and pathways.

Different opioid strengths and half-lives, or the time it takes to eliminate half the dose from the body, correspond with withdrawal intensities and durations that can last longer depending on that half-life and the person using the drugs.  This process of opioid metabolism is affected by many factors including; the drug and its formulation, the health and biological chemistry of the individual, and the routes of administration which, for opioid addicts, often entails using the opioids via alternative ways other than oral such as snorting, smoking, or injecting for a quicker and more intense effect.

From Dependency to Addiction

Elemental fears of withdrawals can keep an opioid dependent on their path of destruction indefinitely and well above any odds of stopping use or getting treatment.  While dependency entails the aspects of tolerance and withdrawals when the person stops using opioids, addiction is the compulsive and uncontrollable use, despite negative consequences.  According to the University of California,” Cumulative evidence indicates that opioid addiction is a chronic disorder with frequent relapses.”

Researchers have found that many people have the trajectory from legitimate dependence on prescription opioids to addiction as they begin to engage in aberrant behaviors such as consuming the opioids in higher than prescribed quantities or more frequently.  This can cause them to run out of medications early and seek opioids elsewhere, including those that are more potent and addictive, like heroin.

Unfortunately, opioid abusers are usually poly-substance abusers who get involved with other opioid abusers to foster their ability to maintain or even elevate their usage patterns.  Some other noticeable changes are in the ways these individuals think, behave, and emotionally react to situations with little regard for their own welfare, let alone, the probability that they will be unable to manage relationships and obligations appropriately.

Their daily routines often consist of desperate attempts to consume opioids to prevent or alleviate withdrawals first thing in the morning and to repeat intoxications every few hours which may entail a great deal of immorality, manipulation, or criminality on their behalf.   The family may notice that the individual is less involved in family affairs and often ends up leaving home or developing threatening behaviors to themselves or others to get the “fixes” they need.

As curtails of prescription painkillers continue to evolve, many researchers believe that opioid dependents will look for alternative means to manage their opioid habits including the dangerous switch to heroin.  Heroin and prescription painkillers operate through the same basic neuronal pathways of the brain, so it’s easier for opioid addicts to consider using heroin when painful withdrawals set in and pills are unavailable.  The NIDA estimates that “23 percent of individuals who use heroin become dependent on it.”

Studies show that in the rise of heroin abuse across the nation, many of the heroin addicts switched to heroin for its ease of availability, lower cost, and more potent high over the prescription opioid drugs they became addicted to.  Heroin is a Schedule I drug that has no legitimate medical purpose and is more often tainted with unknown variants that increases the weight for the profitability of its dealers along with dangers to the consumer.

Dangers of Narcotic Abuse How Opiate Dependence Develops Tramadol Addiction: Sign and Symptoms What are the Symptoms of Post Acute Withdrawal? 6 Ways You’re Lying to Yourself About Your Addiction