Opium, in its purest form, is not a common substance used in the United States, but opium addictions are a growing concern as more people become addicted to heroin, prescription painkillers, and various other opium derivatives known as opioids. The addiction to these drugs produces a physical and psychological dependence that is hard to overcome and results in devastating consequences to the user. “In 2011, 4.2 million Americans aged 12 or older (or 1.6 percent) had used heroin at least once in their lives. It is estimated that about 23 percent of individuals who use heroin become dependent on it” according to the National Institute of Drug Abuse (NIDA). Prescription opioid painkillers produce similar affects and are currently among the most widely abused drugs in the United States. Research shows these drugs may actually open the door to heroin abuse as it may be less costly and more accessible in some areas. 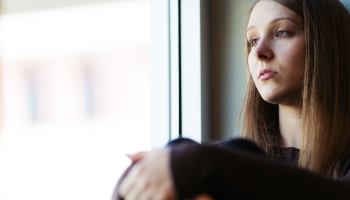 Using opium is very dangerous and can quickly lead to addiction.

Is opium addictive? It is, most definitely, one of the highest addictive substances ever used! Addiction is characterized by compulsive drug seeking and use despite serious adverse consequences. Opium use was prominent in earlier centuries with many people using it recreationally as well as medicinally. Upon awareness of its violent tendencies toward abuse and addiction, it is, now, under strict control for legitimate purposes throughout the world. Addiction to opium derivatives have been on the rise as more people receive legitimate prescriptions for pain and after becoming dependent on them, they are unable to discontinue their use although they no longer receive legitimate prescriptions. Physical dependence can develop quickly and is a normal adaptation of exposure to these drugs.

When Is Opium Addictive?

In most cases, the users of heroin and other opioid drugs become addicted after regular or long term use. When the usage stops, withdrawal symptoms can be a catalyst to obtain more of the drug. Avoiding these withdrawal symptoms is a major obsession to most opiate addicts. Depending on their levels of abuse, and the length of time for which they have been exposed, these withdrawal symptoms can range from mild to severe. There are psychological dependencies associated with opium use when the normal functioning of the user’s brain is disrupted from repeat use. Dopamine receptors become damaged after repeat use and the natural production of dopamine becomes diminished, causing impairments to emotional and cognitive functioning. Tolerance is an increased need to use more of the drug to experience the desired effect and almost always presents itself after chronic or long term use. At this point, the addict is unable to sustain a normal lifestyle without the use of opioid and will feel compelled to use more despite any negative consequences.

Opioid Overdose: Why It Happens and How to Prevent It Tramadol Addiction: Sign and Symptoms 10 Opiate Addiction Statistics 15 Things Doctors Won’t Tell You about Prescription Opiates Tramadol Withdrawal Symptoms and Timeline