Tobacco has a long history as an accepted American pastime, dating back centuries. It’s nonetheless a highly addictive substance. Unlike cocaine and heroin, nicotine addiction happens in plain view, on coffee breaks, in restaurants on daily commutes to work. Interestingly enough, nicotine’s addictive potential is comparable to that of cocaine so it’s that much easier to develop nicotine addiction in light of its wide acceptance in everyday life.

Nicotine ranks as the number one leading cause of preventable death worldwide. According to the Centers for Disease Control & Prevention, an estimated 1,300 people die each day from a nicotine-related illness, with 16 million Americans currently living with a nicotine-related disease. Understanding how nicotine tears down the body over time can help you in taking the necessary steps to get needed nicotine addiction treatment help. 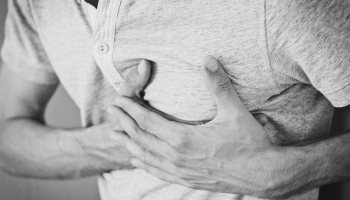 Nicotine addiction can cause heart disease.

Nicotine, the active ingredient in chewing tobacco, cigars and pipe tobacco, readily absorbs into the bloodstream regardless of how it’s ingested. From there, nicotine forces the release of adrenaline from the adrenal glands, according to the National Institute on Drug Abuse. These effects, in turn, work to speed up most all of the body’s major systems including respiration, blood pressure and heart rate.

Nicotine belongs to the stimulant class of drugs, most of which carry a high addiction potential. In effect, someone smoking a cigarette takes multiple “hits” within a very short period of time. Nicotine’s addiction potential coupled with this method of delivery compounds the likelihood a person will keep smoking cigarettes.

Nicotine’s ability to speed up the body’s major systems essentially works to tear down cell and tissue materials over time. Consequently, nicotine addiction can cause any number of physical ailments and diseases to develop, including:

Nicotine addiction also accounts for an estimated one-third of all cancers, with 90 percent of all forms of lung cancer brought on by nicotine’s damage to the body’s respiratory system.

Nicotine addiction’s effects exert a considerable influence over the brain’s learning and memory functions, especially those involved with the brain reward system. According to the University of Chicago Medicine, nicotine activates many of the same brain neural networks as cocaine and interacts with these areas in much the same way.

Like cocaine, nicotine triggers the release of large amounts of dopamine, the neurotransmitter most involved in the formation of addiction. Nicotine not only stimulates dopamine production, but targets specific groups of neurons to produce the most powerful response, not unlike how cocaine works.

As with any form of addiction, continuing to engage in tobacco use in spite of the negative consequences that result becomes the hallmark of a nicotine addiction problem. If you’ve developed one or more of the above health conditions from smoking and still have trouble quitting or cutting back, a very real addiction problem is at work.