What are Behavioral Addictions?

Behavioral science experts believe that all entities capable of stimulating a person can be addictive. Behavioral addictions, similar to substance addictions, are thought of as compulsions to engage in a certain pleasurable behavior or action to the point where it becomes a detriment to the individual and begins to affect their entire life.

Some of these addictions are currently recognized as legitimate, medical issues while others are not. Because behavioral addiction covers such a wide territory, it can be difficult to consider the broad possibility of just what may constitute as one. These are similar to substance addictions; however, they

What are the Types of Behavioral Addictions? 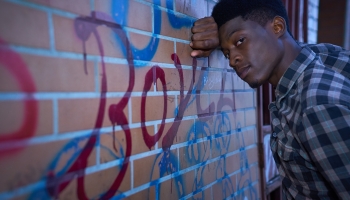 Behavioral addiction is the term used to refer to addictions that are not to substances, but rather to things people regularly do.

Theoretically, any type of behavior or repeatable action that produces a stimulation or positive response in an individual could become an addiction. However, there are several main types of behavioral addictions that are widely acknowledged in one way or another, even if they are not officially accepted as a medical condition.

In addition, there are other individuals who suffer from a compulsive need to engage in an action that, while initially rewarding, is harmful to them in many ways. Anything like this may possibly become an addiction as well, which is why the types of these disorders are often so difficult to cement.

Are There Treatments for Behavioral Addictions?

There are treatments for behavioral addictions, although they have not been as thoroughly researched and streamlined as those for substance abuse disorders. According to Indiana University, “Though the theories for the causes of addictive behaviors and their treatment are numerous, various types of therapy can help a person who has an addictive behavior.” Cognitive-behavioral therapy (or CBT) has been known to be extremely effective in treating substance abusers, and this method can translate well to behavioral addictions.

In addition, medications have been found to be beneficial in some cases. An NCBI study states that antidepressants have been used with some success in the treatment of compulsive buying disorder, and a psychiatrist studying the effects of naltrexone (an opioid antagonist) on gambling addiction found that the medication was able to “inhibit both the urge to gamble and the high from it in 75% of the group–compared with 24% of a comparable group on placebo” (Stanford).

While there are unfortunately no treatment standards for most behavioral addictions, therapy is usually effective, and treatment is often handled on a case-by-case basis. Still, for someone who has been harmfully affected by one of the conditions above, treatment should be sought out in whatever way is most effective for the specific individual.

Behavioral addictions can, in many ways, be just as real and equally as harmful as drug addiction. However, it can be difficult for an individual to accept the fact that they have a problem, let alone to find a solution. If you believe you may be struggling with a behavioral addiction, seek treatment right away.