Nancy Swezey, RN is the nurse manager at Mount Sinai West in New York in their operating room.  She graduated from Columbia University in 2012 with her BSN.  She is currently completing her Master’s to be a psychiatric mental health nurse practitioner focusing on neuropsychiatry and deep brain stimulation through CUNY Hunter Bellevue School of Nursing.

Kratom is a fairly new drug whose effects mimic those of opioid drugs, such as heroin and oxycodone. Because the drug is so new and not yet regulated by the Federal Drug Administration (FDA), it’s important to understand the signs and symptoms of kratom addiction and misuse and to get help before serious health issues arise.

Signs of Kratom Addiction and Misuse

If you already use or are thinking of using kratom, it is important to take into consideration the dangers posed by its lack of regulation.

One concern that people have for kratom is its potency—some kratom products are made with disproportionate, or excessively high, amounts of its active ingredients, as well as additives that do not exist in kratom’s natural form.¹ This increases the risk for unpredictable side effects and complications from using kratom.

Kratom is mostly taken by mouth, usually in the form of tablets, capsules, powders, and tea. It can also be smoked or chewed in its raw form, which is more common in its native countries.5

When brewed as tea, kratom can have a sedating effect, while when chewed it can act more like a stimulant.¹

Some say kratom effects are dose-dependent, meaning the amount you take determines the effects you experience. It is taken in small amounts for a stimulating effect, and in high doses for a sedating effect.8

Common side effects of kratom include: 3

If you misuse or are addicted to kratom, you are at risk of experiencing withdrawal symptoms once you stop using. Kratom withdrawal is described as similar to that of opioids, although milder, and only present in a percentage of people who very heavily use kratom.

Symptoms of kratom withdrawal include:1,3,5

If you are experiencing any symptoms of kratom addiction or kratom withdrawal, call 800-926-9037 (

Who Answers?) for treatment options.

How Kratom is Used 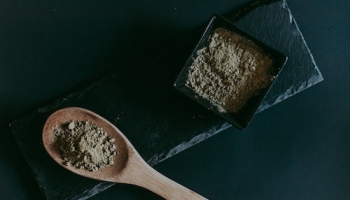 Kratom is most commonly bought in powder form and taken as part of a drink or in capsule form.

Kratom is a substance that comes from a tree in the coffee family. It is native to Southeast Asia, where its use has been documented for medicinal and recreational purposes since the mid-nineteenth century, although its history goes back centuries.1,2

Historically, kratom users took it for a variety of reasons, including:¹

In its native countries of Thailand, Malaysia, and Indonesia, kratom has been a stimulant for manual labor, to increase tolerance to high heat and humidity, and also as a medicine for various conditions, such as:¹

In recent years, kratom has become more popular in Europe and the United States, and it has been met with a lot of controversies. Kratom works on the same receptors in your brain as morphine and other opiates, meaning that a kratom high may resemble an opiate high.² For this reason, a lot of scrutiny by regulating offices has focused on risks for kratom addiction and withdrawal.

Kratom is not currently recognized by the U.S. Food & Drug Administration (FDA) as a valid supplement or medicine and U.S. regulatory agencies are currently investigating kratom addiction and misuse.²

Similarly, kratom should never be combined with other recreational substances. Although some deaths have been associated with kratom, it is not clear that kratom was the sole cause of any death.3 The focus on kratom by researchers and policymakers has increased recently, and its legal status is still precarious.

Who Is At Risk for Kratom Addiction?

In the United States, most people use kratom to: 3

The American Kratom Association characterizes kratom users as those who are “educated, middle-income, employed, and have health insurance.”4 This description somewhat matches the results of a 2017 survey of people who use kratom in the United States, which found them to be predominantly:¹

A large population of adolescents and young adults are also kratom users. One popular cocktail for a kratom high among teenagers and young adults is mixing kratom with cough syrup (which contains codeine or other sedatives) and Coca-Cola.1 This is as prevalent among high school students as marijuana according to one study.3

Because of its long history in Southeast Asia, researchers there have determined some of the outcomes of long-term kratom use or kratom addiction. In general, kratom users have a higher risk the longer they take kratom and the more they take. This may make them vulnerable to kratom addiction or dependence, as well as the development of side effects, kratom withdrawal symptoms, and cravings.¹

Kratom: How Addictive is It?

The U.S. Drug Enforcement Agency classifies drugs according to their medicinal value and risk for misuse. Schedule I drugs are drugs with the highest addiction potential and that don’t have any recognized use as medicine. Some of the drugs considered Schedule I include:6

In 2016, kratom was placed on the list of Schedule I drugs. Immediately, people who sell and use kratom created a backlash, and political leaders who disagreed with the classification also spoke up. As a result, in late 2016, the decision to make kratom a scheduled drug was withdrawn.5

Even though the FDA does not recognize kratom as a supplement or medicine, it is not currently an illegal substance. In places where kratom is legal, it is sold at smoke shops, head shops, kava bars, and on the internet.3 Even though on the national level kratom is not a scheduled drug, some cities and states have laws preventing its possession or use, considering it a Schedule I drug. These states include:7

Dangers of Kratom Addiction and Abuse

Kratom has no FDA-approved use, and it is considered a drug and “chemical of concern” by the DEA.8 It is being studied for its value as a harm reduction agent by reducing cravings and withdrawal symptoms for opiate users, for pain management, and for treating anxiety and depression.9 The FDA calls on kratom users to report any adverse side effects in its efforts to understand how it affects people. In the meantime, the FDA warns against using kratom as its safety profile is not fully understood.²

Kratom’s medicinal value, safety, and side effects are currently being reviewed by government agencies and its legal status varies across the country. Several companies have products containing kratom that have been seized by the FDA for illegal import.²

Kratom’s risks have led to policies that either limit or prevent its use in its native countries, where its use is widespread, as well as in some European countries and the United States. In Malaysia, it has been legally banned since the 1950s. Thailand only recently lifted a ban on the production and use of kratom, allowing its use for medicinal purposes.¹

Now that it is becoming more popular in the United States and Europe, countries are conducting research to understand the role of kratom as medicine and supplement.

Because of how new it is to Western countries like Europe and the United States, more than half the research on kratom is from the past decade.8 Most studies on kratom have been done in Thailand and Malaysia, where its use is widespread and mostly lacks stigma. For example, in Thailand, kratom misuse makes up 2% of drug rehabilitation admissions.¹ Treatment for kratom withdrawal has increased there recently, which is possibly related to a recent lift on kratom’s ban for medicinal use.¹