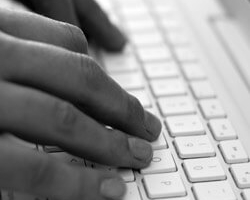 Your Internet addiction disorder can change how your brain works!

Formal criteria have been established to determine the validity of psychiatric diagnoses such as internet addiction disorder. In order for a condition to be considered a real psychiatric disorder, there must be:

Currently, internet addiction disorder does not meet all of the above criteria to be considered a legitimate psychiatric diagnosis but it does skirt upon the edge of many of these requirements which is why most psychiatrists and treatment professionals are on the fence when it comes to whether or not internet addiction disorder is real or not. Some believe it is, others believe it’s not.

While there is not yet a formal diagnosis in the medicine world when it comes to internet addiction disorder, many continue to argue that the condition is real. The American Medical Association has made recommendations that the American Psychiatric Association take time to review internet addiction disorder and come up with a better definition of what exactly constitutes overuse of the internet, what constitutes compulsive use and what differentiates overuse from obsession or a desire to self-medicate other underlying conditions such as anxiety, depression, social anxiety or a similar disorder.

At this time, internet addiction is still being mapped out by psychiatrists to determine if there is a single subset of characteristics that comprise an internet addict and which cannot be attributed to other conditions or disorders. In the event that a conclusion is made to definitely come up with a classification of internet addiction that does not contain instances of many other disorders being covered up by the user of the World Wide Web then the condition will be in fact considered a real diagnosis but until then there is just not enough to go on.