Substance abuse and gambling addiction not only occur together in many individuals; the two disorders also have many similarities that leave someone predisposed for one if they also suffer from the other.

How Are These Disorders Similar?

According to the journal of Minnesota Medicine, “Although pathological gambling is classified as an impulse-control disorder, it has many similarities to substance abuse.”

“Phenomenological data further support a relationship between behavioral and drug addictions,” and unfortunately, both can lead to the type of issues that cause impairment in major areas of life functioning. Compulsive gambling and drug abuse are not only similar, though; many individuals who engage in one often engage in the other as well.

How Often Do These Issues Occur Together? 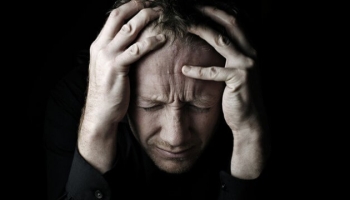 Compulsive gamblers may start abusing substances in order to cope with their gambling problem.

These disorders are likely to occur together, either at the same time or with one leading to the other, especially in certain populations. “High rates of pathological gambling and substance abuse have been reported during adolescence and young adulthood,” and these issues often are both stronger in the same populations. In addition, a person might take up gambling to try to solve their drug debts, or abuse substances to cope with their gambling problems.

The existence of comorbidity and its high likelihood of occurring are also to be considered in this case. According to the National Institute on Drug Abuse, drug addiction is “a mental illness,” and “the resulting compulsive behaviors that weaken the ability to control impulses, despite the negative consequences, are similar to hallmarks of other mental illnesses.” When someone has issues controlling their impulses in one sense, they are often predisposed to having these issues in another way. Therefore, someone who has a substance abuse disorder who begins gambling will be more likely to become addicted to this behavior as well.

Compulsive Gambling and Drug Abuse Can Be Treated

In the same way other comorbid issues are treated, compulsive gambling and drug abuse are often treated together when they occur in the same individual to allow the person a better potential for recovery from both. Though these issues do have many similarities and can be likely to occur together, an individual can receive help for both and begin to lead a happier, more productive life again.