Understanding the similarities that exist between these two drug types can go a long way towards helping you avoid the pitfalls of Xanax addiction.

Even though benzodiazepines and opiates belong to different drug classes, they still produce the same types of effects on brain and central nervous system functions. Both drugs act as depressants, slowing chemical activities in the brain and nerve signal communications throughout the body.

Both drugs also interfere with the brain’s dopamine neurotransmitter processes, which ultimately lies at the root of opiate addiction, according to Macalester College, as well as Xanax addiction.

Similarities Between Xanax and Opiates 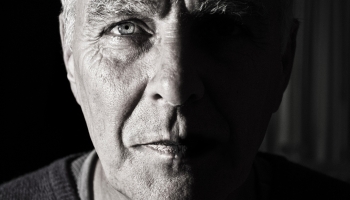 Xanax and opiates affect the brain in similar ways, making them equally addictive.

In both cases, the brain works to accommodate drug effects by decreasing its own neurotransmitter production rates. The end result sees a person having to keep increasing drug dosage amounts in order to experience the desired effects of the drug. Xanax addictions and opiate addictions develop out of the brain’s growing need for more of the drug.

More than anything else, a drug’s ability to interfere with the brain’s dopamine chemical levels most determines its overall addictive potential. As Xanax and opiate drugs both interfere with dopamine production in similar ways, a Xanax addiction is no less dangerous than an opiate addiction problem, according to the National Institute on Drug Abuse.

Once addiction develops, the areas of the brain that regulate thinking, emotions and learning become dependent on the drug’s effects to cope with and manage daily life pressures and responsibilities. At this point, compulsive drug-using behaviors start to take shape.

When all is said and done, the damage caused by Xanax addiction is just as bad as opiate addiction. In either case, a person stands to see ongoing decline in his or her physical and psychological well-being when using these drugs on an ongoing basis.

Ultimately, a very real need for treatment help will eventually develop, so it’s best to get help early on than wait for a drug problem to spin out of control.

Xanax and Alcohol: the Good, the Bad and the UGLY Don’t Overlook These Red Flags Associated with Xanax Addiction Benzodiazepines like Xanax Second Leading Cause of DUI Related Incidents