For people battling high levels of anxiety or panic attacks, benzodiazepines like Xanax can be a life-saver. As a group, benzodiazepines produce a calming effect through their ability to alter chemical processes in the brain.

While highly effective, these types of drugs come with an extensive side effect profile that includes impaired driving ability. According to the Journal of Drug Safety, the risk of having a traffic accident increases by 60 to 80 percent for people driving under the influence of benzodiazepines. As a result, benzodiazepine use and abuse ranks second as a leading cause of DUI related incidents.

The abuse potential of drugs like Xanax also warrants great cause for concern for anyone who uses them on a regular basis. 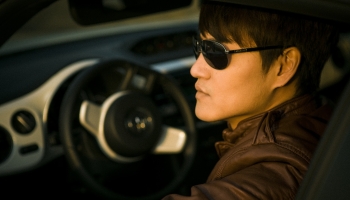 Xanax use is the second leading cause of DUI-related incidents.

According to the Journal of Neuropsychopharmacology, Xanax exists as one of the 10 most prescribed drugs in the United States and the most frequently used benzodiazepine drug. Its calming effects derive from its ability to depress the body’s central nervous system (CNS) functions and slow brain activity.

Xanax does this by targeting GABA-producing cells throughout the brain and CNS. In effect, the release of GABA slows brain electrical activity, which accounts for Xanax’s ability to relieve feelings of anxiety.

As the second leading cause of DUI-related incidents, Xanax produces a range of unintended side effects regardless of whether the drug is taken as prescribed or used for recreational purposes.

According to the U. S. National Library of Medicine, side effects to watch out for include:

In cases of long-term use of three months or longer, side effects take a more serious turn:

Perhaps the most detrimental effects of benzodiazepines and Xanax in particular has to do with the loss of inhibition a person experiences when under the influence. Loss of inhibition leaves a person open to taking risks he or she wouldn’t normally take.

These effects, combined with impaired coordination have a direct impact on driving ability, distorting a person’s perception of potential danger and risk. In cases of long-term use, the added sense of disorientation and confusion greatly increases the likelihood of DUI incidents.

GABA exists as the most common neurotransmitter within the CNS, with highest concentrations found in the cerebral cortex (which regulates thinking) and the limbic system (which regulates emotions). Since Xanax causes repeated GABA level fluctuations, the brain’s chemical system changes to accommodate Xanax effects to the point where physical dependence forms.

In effect, the brain cuts back on its own GABA production rates in response to Xanax, which has a two-fold effect: dependence and a growing tolerance for the the drug’s effects. As tolerance levels grow, larger amounts of Xanax must be ingested to produce the desired calming effect.

These conditions set the stage for psychological dependence or addiction to develop as a person’s mental and emotional well-being come to depend on Xanax effects to cope with daily life. At this point, compulsive drug-using behaviors start to take over a person’s life.

Xanax Overdose: Risks, Symptoms, and Treatment Hiding in the Shadows: How Xanax Addiction is Really JUST as Bad as Opiate Addiction Don’t Overlook These Red Flags Associated with Xanax Addiction Treatment for Xanax Addiction and Misuse: Detox, Therapy, and More Xanax Withdrawal Symptoms and How to Treat Them