Some people may go on shopping binges, others may buy a little too much during the holiday season, but someone addicted to shopping has been doing it for a long time on a continuous basis. As a psychological disorder, compulsive shopping addiction may have as much to do with a person’s self-esteem issues as it does the addiction itself. 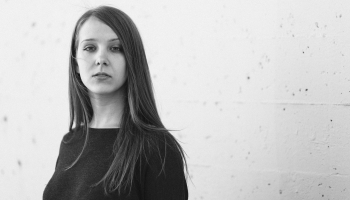 With shopping being a normal part of everyday life – not to mention the perceived notion of success and affluence attached to it – it can be hard to recognize the signs of a compulsive shopping addiction. Since mounting financial difficulties become a key sign of shopping addiction, someone who possesses more than enough money may have a bit more difficulty spotting the signs of addiction than someone of modest means. Ultimately, it all comes down to the experience of shopping itself and the place it holds in a person’s life.

While financial irresponsibility or financial chaos are no doubt consequences of a compulsive shopping addiction, it’s the drug-like “high” of shopping that reels a person in and keeps them coming back for more. Not unlike drug addictions, the longer a person gives into a shopping addiction the stronger the addiction becomes. This process unfolds inside the brain where endorphin or “feel-good” chemical secretions gradually train the brain to anticipate the shopping experience. Over time, shopping takes on a priority all its own with little to no regard for the needs or wants of other people or pressing obligations.

CNN Health estimates anywhere from one-third to one-half of compulsive buyers evolve into hoarders while others may simply discard the old when buying new. Somewhere along the line, a person affected by compulsive shopping addiction has learned to equate self-worth with actual possessions or things.

In terms of self-worth and self-esteem, people may turn to shopping as a way to:

The financial distress that results from a compulsive shopping addiction is often the first glaring sign that a person has a serious problem. Relationship-wise, financial problems can wreak havoc in a household. As people affected by compulsive shopping addictions often resort to secrecy and deceit to hide their behavior, trust levels between partners can disappear in a matter of days or weeks.

When the addiction is severe enough, a person may go so far as to shop online during work hours rather than actually working. This kind of behavior can potentially place a person’s job at risk, which opens up a whole other area of financial risk.