The dangers from opiate withdrawal symptoms become more and more apparent with every passing year. According to Centers for Disease Control and Prevention, opiate prescription drug abuse sent over 475,000 Americans to the emergency room in 2009, which represents a twofold increase within a five year period (2005-2009). Heroin overdose incidents have also sent more than a few people to the emergency room. 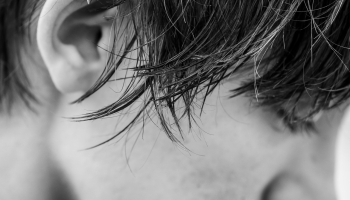 Withdrawal symptoms can be dangerous – make sure to see a doctor when undergoing detox!

Opiates’ ability to take over the body’s chemical process accounts for why people experience opiate withdrawal symptoms when stopping or reducing drug use. In actuality, the body can become dependent on opiate effects in as little as a week’s time. The longer a person uses the more dependent the body becomes.

The opiate withdrawal process follows a certain sequence of effects or symptoms as the body attempts to reassume control over its own chemical processes. From the first day of not using, opiate withdrawal symptoms gradually increase in intensity. Feelings of fatigue and random muscle aches here and there eventually turn into irritability, mood swings, sweats, chills, stomach cramps and diarrhea.

As the body adapts to the absence of opiates, it’s also in the process of expelling opiate materials and leftover drug toxins. Any of these symptoms can pose a danger for someone who’s used opiates for a long a time.

Opiates act as central nervous depressants by slowing down most every major system in the body. This means the body’s heart, respiratory, digestive and even temperature control systems are all altered by ongoing opiate use. Dangerous opiate withdrawal symptoms result from the chemical imbalances set into motion once a person stops using.

Opiate withdrawal syndrome is a serious condition that can cause permanent heart and lung damage when opiate withdrawal symptoms take a bad turn. In effect, the body’s central nervous system undergoes a “reboot” that can potentially cause serious damage, especially when a person is in poor health.

As the body becomes increasingly dependent on opiate effects, a person’s tolerance level for the drug also rises. Increased tolerance levels drive a person to consume more of the drug in order to experience the same “high” effects. Unfortunately, the body’s physical tolerance for opiates develops faster than its ability to withstand opiate withdrawal symptoms.

The need to ingest more of the drug greatly increases the likelihood a person will overdose. As opiates slow down body functions in general, overdose episodes can trigger respiratory distress to the point where a person can no longer breathe. Of all the possible opiate withdrawal symptoms, respiratory distress is not only the most dangerous – it can also be fatal.