‘Opiates’ is the term used to describe a group of drugs that includes heroin, morphine, and some prescription painkillers such as Vicodin, OxyContin, and codeine. One of the most abused drugs in this group is heroin. These drugs act on opiate receptors in your brain, which also interact with the chemicals that regulate pain and emotion in our bodies. Opiates are highly addictive and are particularly abused in the United States. 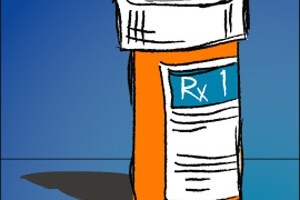 Substitution medications like methadone and Suboxone can help control cravings and prevent dangerous injections and needle-sharing.

Methadone has been on the scene since the 1960s and is known to be an effective treatment for heroin addiction. It is administered by specialized methadone clinics and is intended for daily use. Methadone is taken in liquid form and the effects last for 24 to 36 hours. Opiate users can be slowly given smaller and smaller doses to stop using altogether, but often people either go on and off  the medicine or use it continually. Using methadone protects you from health risks associated with injecting heroin, and is said to make you less depressed and generally more stable although it can have some negative side effects.

The newest medication used in opiate addiction treatment is buprenorphine. This drug relieves drug cravings by acting on the same receptors as the main opiates heroin and morphine. It does not, however, create the same intense high or the dangerous side effects that opiate abuse causes. Buprenorphine is a truly revolutionary opiate addiction treatment that helps to reduce cravings and change behavior of drug users, as it produces severe withdrawal symptoms when injected but no adverse effects when taken orally. Since 2002 physicians have been authorized to administer the medicine in their offices, thus it is often more accessible than methadone which can only be taken in special clinics. It is taken in tablet form three times a week.

Suboxone, another opiate addiction treatment, is a combination of buprenorphine and naloxone. The two have been combined to counteract the negative side effects that occur if buprenorphine is injected. Naloxone neutralizes the effects of injected drugs but does little when ingested under the tongue. For this reason it is prescribed to higher risk patients who are likely to inject the buprenorphine. Like buprenorphine, suboxone can be administered by physicians.

An opioid receptor blocker, Naltrexone is effective in reversing the effects of a heroin overdose as it efficiently blocks the drug’s effects. It is also used to help curb the cravings in people who have already stopped using opiates. As an opiate addiction treatment, however, the medicine has shown poor performance. Its ability to effectively promote abstinence from drug use is weak because chronic opiate users do not usually adhere to treatment.