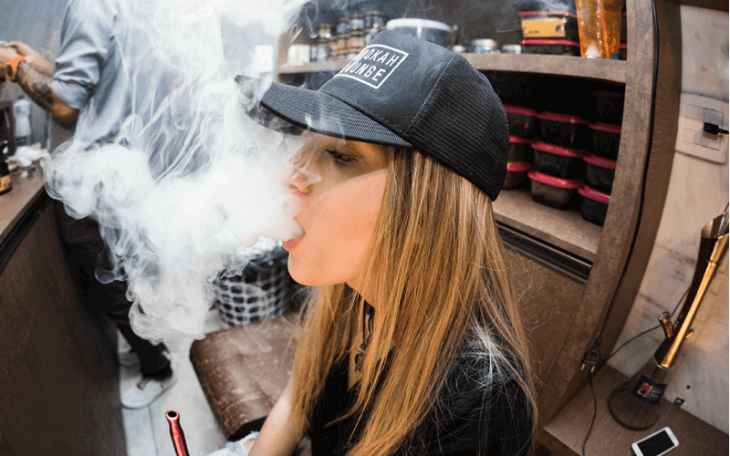 A new survey has revealed that, although the use of hard drugs in teens seems to be on the decline, the vaping of marijuana is on the rise.

A study by the University of Michigan has reported that the use of Cocaine, Heroin and other Class A drugs by teenagers has reached 43 year low – great news for parents but, it’s only part of the story.

The same study shows that the advent of vaping has led to a new trend in teens for the use of vaping equipment to consume marijuana.

Vaping is the term used to describe the inhaling of vapor via an electronic cigarette. The cigarette, or vaporizer, is usually a battery powered atomizer which contacts vaping material such as e-liquids, waxy concentrates or dry herbs and transforms it into vapor for inhalation.  Designed as a safer alternative to smoking cigarettes, the vaping material is available in many different flavors and often comes in cartridges which are quickly and easily swapped out of the device. Modern vaporizers are sleek and discreet and can often be concealed easily in a pocket for convenience.

Until recently, figures showed that teen use of marijuana in the United States, although consistently present, had been relatively flat, despite more relaxed laws, however, the new study shows a one percent increase in the past year.  Many have attributed the increase to the advent of Vaping which is more discreet than smoking and, therefore, less easily detected.

The study, which involved a focus group of 45,000 students between grades 8 and 12, showed that around five percent of teens had vaped marijuana in the last month. Due to the nature of the vaporizer, marijuana oil can be inserted into the device, allowing users to inhale the drug without the usual telltale signs such as odor and the release of smoke.  Some schools within the USA have reported that this is becoming a significant issue because students can fix vaporizing devices to clothing or conceal them in a pocket and consume marijuana during school hours without detection.

Marijuana, also known as cannabis or weed, is psychoactive drug derived from the Cannabis plant, used widely as a recreational drug due to its mellow effects and relatively low price.  Marijuana can be smoked in a home-made cigarette known as a joint or can be cooked and eaten. Medical marijuana is legal in many States within the US and is known to ease the symptoms of illnesses such as cancer.  Although recreational marijuana is also legal in some States, it is against the law to sell it to anybody below the age of 21.

It is thought that many teens are circumnavigating the laws on the sale of marijuana by ordering it from unscrupulous websites – a practice which is unsafe as well as illegal.

Although the figures show that only around 20% of marijuana users are vaping, this number is expected to increase as the popularity of vaping grows.  As small as the one percent increase may seem, experts warn that it shouldn’t be taken lightly – Dr Nora Volkow of the National Institute on Drug Abuse, called the new numbers referred to the new numbers as a problem – particularly amongst teens who are using the drug during their school day.

Experts say that more data is required in order to form a comprehensive picture of the issue.