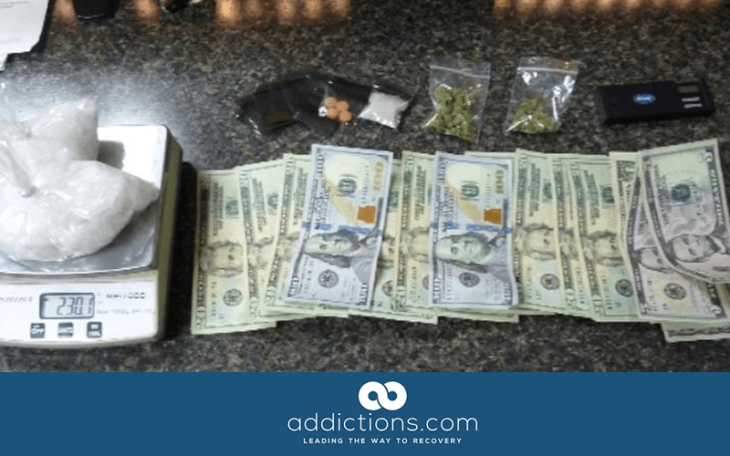 In Lewis County, Kentucky, police announced the largest meth bust on record in their county’s history. As part of the bust, the sheriff’s department charged a Greenup County man, Ollin Driggers, trafficking the meth, as well as with possession of marijuana and drug paraphernalia.

According to WSAZ, a local news agency, Driggers was arrested after drawing the attention of the police for a traffic violation. Deputies were investigating suspected drug activity and were conducting surveillance in the area.

Driggers was booked into the Lewis County Detention Center. The police have indicated that more charges are expected against additional suspects.

Sheriff Johnny Bivens stated after the arrest that the police are thankful they intercepted the meth before it reached its intended target, as its impact would have been detrimental to Lewis Country.

There was no indication that a search had been done of Driggers’ residence or if any other drugs had been found and seized.

It is estimated that more than 1.5 million people are addicted to crystal meth in the United States alone, and the number has continued to grow despite legislation attempts to reduce those numbers through greater enforcement of tougher laws on the manufacturing and sale of meth.

Crystal meth can have a great physical impact on the user’s body, including sores on the skin and evidence of the toxins coming out through the user’s skin. These toxins can also negatively impact other organs within the body, leading up to an overdose.