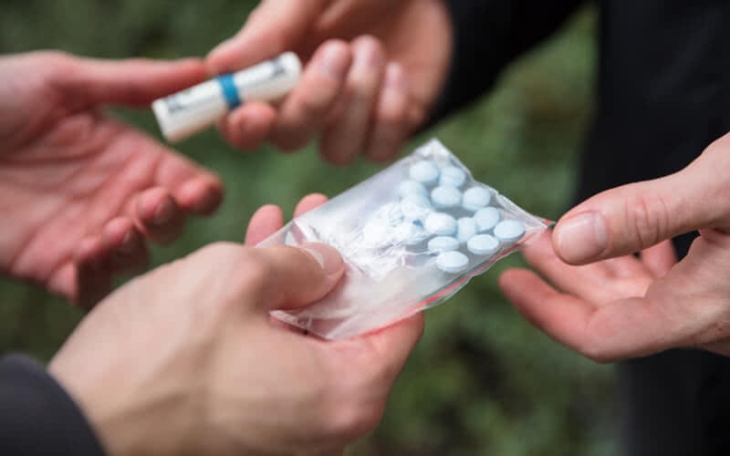 The president made the remarks March 1 during an opioid abuse summit at the White House. He said that murderers who shoot someone often are sentenced to death, but “pushers and drug dealers” who indirectly cause the death of many people – “hundreds and hundreds,” he said – aren’t as severely punished.

“Nothing happens to them,” Trump said, adding that a drug dealer can, by dispensing dangerous substances, kill two or three thousand people.

Without citing supporting statistics, the president said other nations that do impose capital punishment for drug crimes have less of a problem with opioids and other drugs than the United States.

Trump reportedly admires strict countries like Singapore and Malaysia with severe punishments, including execution of traffickers.

While brandishing the stick of stricter penalties, Trump did not mention the carrot many experts insist is vital in combatting the opioid abuse crisis – more money for public health services and treatment programs.

Nor are the results in countries that execute drug dealers completely clear. Malaysia and Thailand, which have strict laws, still struggle with drug abuse, while the Philippines, led by firebrand President Rodrigo Duterte, has suffered a violent and messy struggle between police and drug gangs despite its harsh anti-drug laws.

Meanwhile, some U.S. allies, such as the European Union nations, have said they are troubled by the U.S. president’s emphasis on capital punishment. The Council of Europe, a human rights agency, said that the death penalty is barbaric and is not a sufficient deterrent against crime.

Although the president’s remarks grabbed global headlines, later, the White House put forward other efforts to combat the opioid abuse epidemic, including more aggressive prosecution of those who sell fentanyl, a potent and deadly opioid, as well as tighter controls on prescriptions for opioid painkillers and boosted public health services. Under this system, the federal government would follow many states and cities that have made naloxone, a lifesaving treatment for opioid overdoses, available to police, fire departments, ambulance personnel and other first responders.

Better monitoring could help, officials said, particularly if different state databases covering opioid prescriptions were combined into a single federal collection that could be easily searched.

Federal prisons would also be told to test all inmates for opioids and to allow some treatment in institutions under the White House plans.