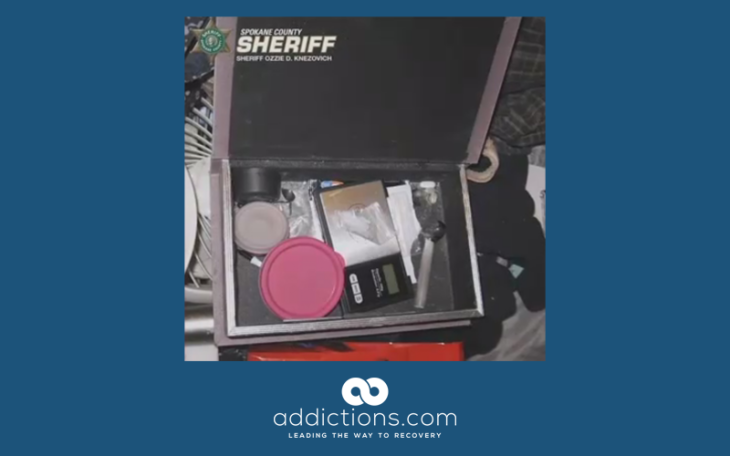 Eight people were arrested at the Red Top Motel in a drug bust completed by the Spokane Valley Investigative Unit Detectives. Police are still searching for further suspects.

Since January 2017, the Red Top Motel, which was the focus of the investigation, has had over 100 calls for service. Several of those calls have resulted in known criminals being arrested.

The authorities received information that the managers of the hotel Mark Rosenberg and Vicki Keer were involved in and allowed crime to occur at the motel, including selling illegal drugs and associating with repeat offenders. Search warrants for the manager’s quarters, motel office, and six rooms were executed on Tuesday morning with the assistance of the SWAT team, three K-9 units, and numerous deputies.

In addition to the arrests, police also seized over $4,000 in cash, meth, heroin, drug paraphernalia, and two vehicles. They also found what they believed to be stolen credit cards.

There are still three more vehicles being sought by authorities, along with 11 more suspects that are potentially facing arrest for various possessions charges for drugs and possession of a stolen motor vehicle. There were no details released regarding bail or pending hearings.