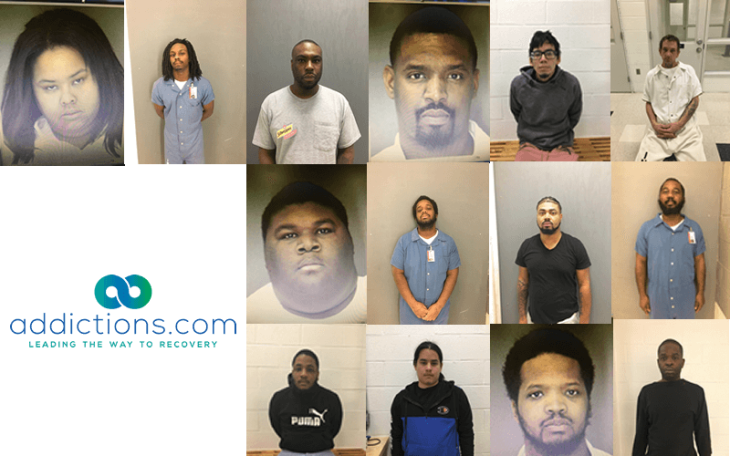 Authorities released details on Operation Yellow Brick Road, an operation that busted a drug trafficking ring being operated by gang members, who the police say have been terrorizing the streets of a Hudson Valley city. On Tuesday, New York Attorney General Eric Schneiderman revealed that 16 members of the narcotics ring have been arrested and charged with selling large amounts of heroin and cocaine throughout Orange County, as well as Newburgh.

Schneiderman said this takedown should deliver a message on how communities should not be afraid of the epidemic. “Our investigation uncovered a sophisticated drug trafficking ring that we allege peddled cocaine, heroin, and violence on the streets of Newburgh and throughout New York.”

The investigation, which involved local and federal authorities, resulted in the seizing of 2 pounds of methamphetamine, 40 pounds of marijuana, hundreds of doses of heroin, cocaine, five guns, and $36,000 in cash.

Officials also indicated that several of the suspects are members of the 600 Gang, which operates out of Newburgh.

“Our investigation uncovered a sophisticated drug trafficking ring that we allege peddled cocaine, heroin, and violence on the streets of Newburgh,” said Schneiderman in a news release.

On Tuesday, during a session of the Orange County Court, assistant deputy attorneys claimed the accused were involved in a scheme to sell cocaine and heroin, for the street gang “the 600”.

The top defendants face class A felony charges, including charges of first- or second-degree criminal sale or possession of a controlled substance. All 16 suspects face a conspiracy charge, which carries a maximum sentence of 8 1/3 to 25 years in prison.

During the arraignments for the defendants, Judge Craig Brown set high bails and also ordered bail source hearings should any of the defendants appear to come up with the funds to be bailed out.

According to Schneiderman’s office, Dwaine Tate, Andrew Hutchinson, and Dwaine Watson bought cocaine in bulk from a dealer in Paterson, N.J., then brought the drugs to Newburgh to repackage for sale or to use in the production of crack cocaine, which could then be sold.