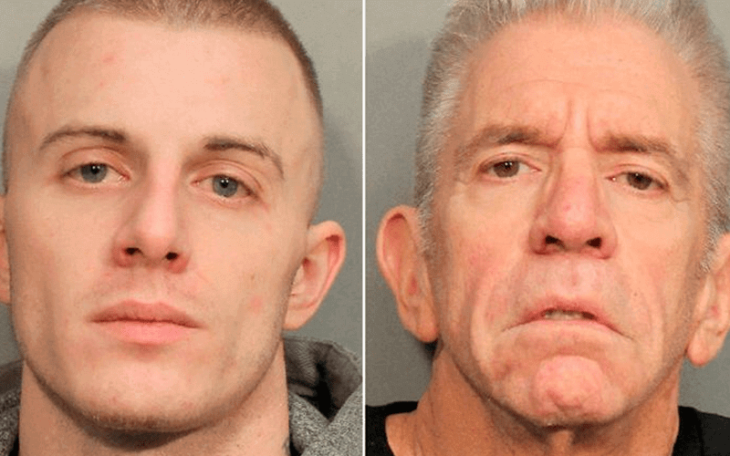 The execution of a search warrant by the Narcotic Vice Squad detectives in Nassau County has left two men facing drug charges after crystal methamphetamine, heroin, cocaine, and various drug paraphernalia were found in their Fairhaven Boulevard apartment.

Police arrested Dennis Sneden and Nicholas Hollis on Tuesday, December 26, according to a report by the Major Case Bureau.

The detectives said 4 grams of crystal methamphetamine with an estimated street value of $5,000, as well as heroin and cocaine were seized at the apartment on the search warrant, as well as gamma-hydroxybutyric acid. This is commonly used to treat sleeping disorders and alcohol withdrawal. There was also various drug paraphernalia found throughout the apartment.

Crystal methamphetamine is estimated to have more than 1.5 million people addicted within the U.S. alone. The drug is relatively cheap to make and is often called a bathtub drug for the combination of chemicals that go into its creation. It is illegal but easy to get because it uses many household and auto chemicals, such as battery acid.

The search warrant was issued as a result of an investigation, according to the detectives.

Hollis, who was arrested at his home, was also charged with second- and fourth-degree criminal possession of a controlled substance. He is being held on a $100,000 bond or cash bail, which was ordered at his arraignment in Hempstead.

There was no information on whether it was the first offense for both men or if they had previous arrests.

Both men are due back in court on Friday, and there is no information about their legal representation available in their online court records. There was no information released about when the two men will go to trial or whether the investigation that led to the search warrant is still ongoing.