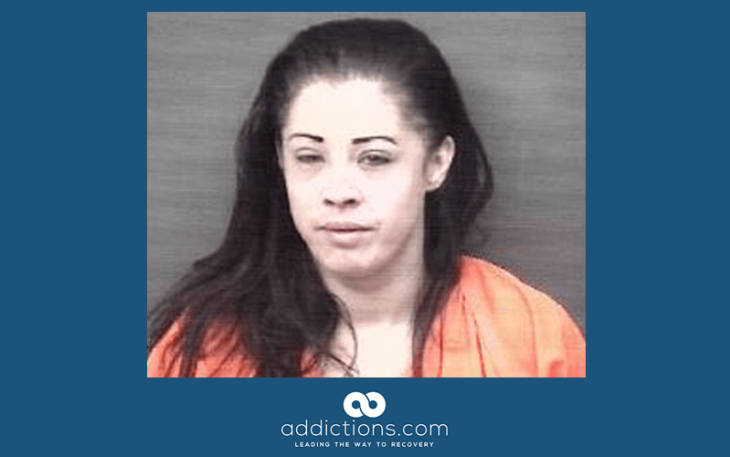 A Dec. 9 drug death at a Moline, Illinois Motel 6 led, eventually, to the Feb. 24 arrest of a Wisconsin woman.

Police and fire department officers, responding to a late night call of an unresponsive man at the budget hotel, located at 2501 52nd Ave. in Moline, got there about half an hour after midnight to find Manuel A. Rico, age 30, suffering from what looked like an opioid overdose.

Rico, who lived in Moline, died at UnityPoint Health-Trinity Medical Center in Rock Island after being transported there.

An autopsy by the Rock Island County Coroner’s office revealed Rico had died of fentanyl, a synthetic opioid that can be a hundred times more powerful than heroin and which can cause an overdose or kill even in tiny amounts.

After an investigation, the Moline Police Department determined Rico’s wife, Kayla C. Kundert of Brooklyn, Wis., northeast of Moline across the state line, was responsible for providing Rico with the drugs that ultimately killed him.

Sheriff’s deputies in Green County, Wis., arrested Kundert, 25, at her home in the west 1400 block of Mortensen Rd. They took her to the Green County Jail, holding her on $100,000 bond while paperwork was filed to transport her to Illinois. She faces a charge of drug-induced homicide. At the time of her arrest, she was also charged with possession of heroin and possession of drug-taking equipment.

Rico, born Aug. 15, 1987, in Moline, married Kundert on July 4, 2015, according to his obituary. He attended high school in Juno, Wis., graduating from Dodgeland High School in 2005. A devoted fan of the Denver Broncos, Rico had one child, a daughter named Aubrie.

According to his obituary, Rico, a machine operator by training, worked at Vizient Manufacturing Solutions, just across the Mississippi River from Moline in Bettendorf, Iowa.

“Monnie,” as Rico was affectionately known, was interred at St. Mary’s Cemetery in East Moline on Dec. 15, 2017.

Kundert’s tentative trial date is May 7. She’s now held in Rock Island County Jail on a bond of $150,000. At her first court appearance, she pleaded not guilty and waived her preliminary hearing.

Twenty-one people died of opioid overdoses in Rock Island County in 2017, according to local news reports. Already there had been six more overdose deaths by mid-March 2018.

Like many other municipalities and counties across the country, Rock Island County has a program, named “Safe Passage,” to help steer drug abusers towards treatment and rehabilitation.