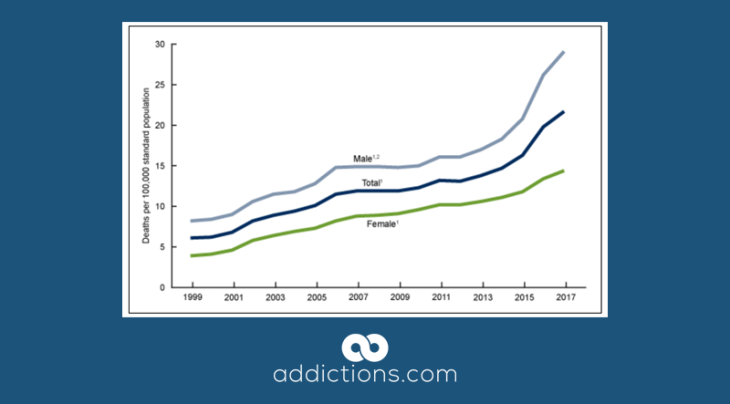 Increases in suicides and drug overdoses reduced life expectancy in the United States from 2016 to 2017, the government reported this week.

Three different government reports detailed the decline in life expectancy, which the U.S. Centers for Disease Control and Prevention attributed to more Americans dying from drug overdoses and from suicide.

Dr. Robert Redfield, who took the top job at the CDC in March of this year, called the drop in life expectancy and jump in overdoses a “wakeup call” for the nation. He said that too many people in the United States are dying from causes that could be prevented.

Some states, such as hard hit West Virginia, had very high overdose death rates – there were 58 overdose deaths per 100,000 people in the Mountain State. South Dakota and Nebraska saw the lowest death rate, about 8 people per 100,000.