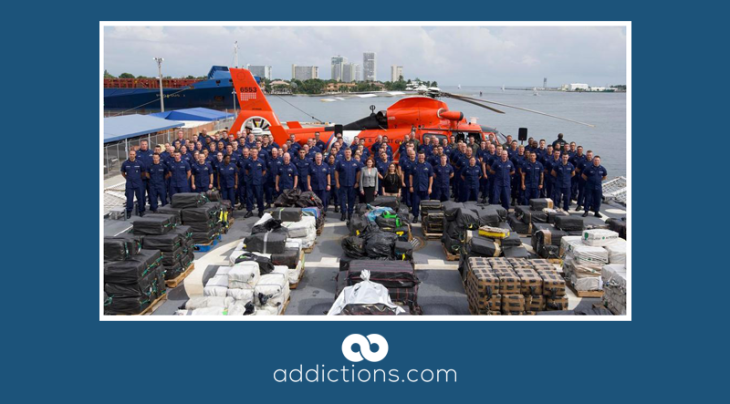 Joint Base Charleston has confirmed that cocaine with an estimated worth of $500 million was intercepted and seized by Coast Guard Cutter, James, in November.

The crew of Coast Guard Cutter, James, offloaded over 19,000 pounds of the deadly drug in Port Everglades on the 15th November after the seizure in the Eastern Pacific Ocean.

The Coast Guard has recently increased the U.S. and allied presence in the Eastern Pacific Ocean and Caribbean Basin as an integral part of its Western Hemisphere Strategy.   During its missions, the Coast Guard locates and tracks suspicious vessels in association with military and law enforcement personnel to intercept and prevent drugs being brought ashore.

The State-wide operation resulted in the arrest of 49 offenders who will face prosecution in South Florida.  Captain Jeffrey Randall of Coast Guard Cutter James says that the Coast Guard’s limited resources are being drained by the amount of cocaine being smuggled into its waters – the Coast Guard has seized 226 tons of cocaine in the past year.

Cocaine, which is commonly known as Coke, is a strong illegal stimulant used for recreational purposes.  Extremely addictive and lethal when taken in excess, Cocaine is inhaled, snorted or injected into a vein and is known for its powerful effects such as intense happiness and increased energy levels.

Over 10,000 people die in the USA every year from Cocaine abuse.