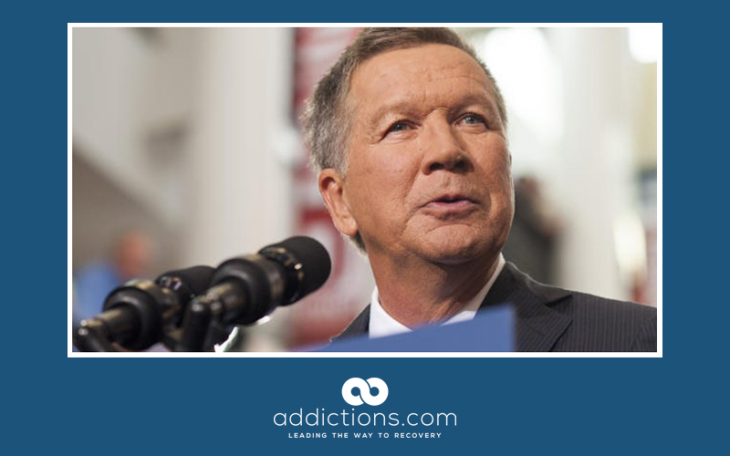 Ohio Gov. John Kasich signed a bill into law this week raising the penalties for possession or sale of fentanyl, a synthetic drug that has ravaged the Buckeye State and the nation.

Kasich, 66, a Republican who has led Ohio since being elected governor in 2010, agreed with the state’s legislature that stronger penalties were needed to fight the ongoing opioid epidemic.

Changes to the law brought in by this bill include identifying fentanyl as one of the most dangerous drugs. Under the new law, some fentanyl offenses now carry mandatory terms in prison.

That includes the all-too-common situation where someone dies due to a fentanyl overdose that can be linked to a particular dealer. That dealer would have to serve separate, non-concurrent sentences in prison for selling the drug and for the victim’s death.

Kasich pointed to the practice of mixing fentanyl with heroin or cocaine as particularly problematic, saying people who take such unknown combinations are “playing with the devil.” Many overdoses come when drug users think they are taking heroin but really take something fifty times stronger.

According to local news reports, in the first four months of this year, 90 percent of all the drugs tested at a police lab in Hamilton County, which contains Cincinnati, had fentanyl in them.

The synthetic opioid often manufactured to extremely high purity in foreign labs, is either smuggled into the country or sometimes sent by more quotidian routes, such as through the U.S. mail. Fentanyl, which has filled the void in drug demand left by increasing government crackdowns on abused prescription painkillers, can be a hundred times more potent than heroin.

Fentanyl is so deadly, even in tiny doses, that it can kill officers who touch it inadvertently, or who get it in their police vehicle when it falls from a suspect’s pocket. It can also kill police dogs if they inhale a tiny bit of it while sniffing for drugs.

Kasich’s administration and allied legislators hope to maintain a balance between harsh crackdowns on dealers and smugglers, while still offering rehab and treatment options for low-level addicts and users. Civil liberties groups in Ohio had warned of their concerns that street-level addicts might get long stretches in state prison under new rules.

The bill the governor signed also aims at those who put up money or launder it in drug operations, increasing penalties for such crimes.

This new law, Senate Bill 1, will not take effect for 90 days.