A significantly rising problem in the United States, methamphetamine use plagues the lives of millions of Americans cause severe health consequences, emotional trauma and untimely death. This powerful stimulants has the potential to literally devastate the user and, due to the nature of the drug and it’s production in clandestine labs, overdose and addiction are not only likely outcomes when methamphetamine is regularly abused—they become a reality for most users.

You think it’s safe to use meth once in a while? Think it’s ok to try it just here and there? Think again!

Methamphetamine is a highly addictive substance that can lead to a lifelong struggle of emotions. Even occasional use can quickly turn into a serious, potentially life-threatening addiction that requires treatment.

According to the Center for Substance Abuse Research, use of methamphetamine imposes the following risks upon the user: 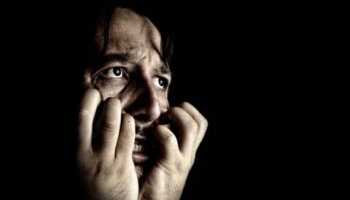 Meth abuse can cause extreme paranoia, leading to manic outbursts.

Repeat use of the drug, sustained use of crystal meth or excessive use can lead to other serious consequences and risks including:

After all the potential side effects and risks that come from this dangerous drug, who actually uses it? The sad truth is that millions of people, normal, everyday people, use meth. In fact, this drug has swept the nation quickly causing trauma in families from all socioeconomic status. What began as a very small scale problem in the 1980s has surged to include more than 5% of the population, according to the US National Survey on Drug Use and Health.

How Can We Recognize the Signs that someone May Need Help?

If you or someone you care about may be abusing methamphetamine, the first step to overcoming the problem is to recognize the possible signs of an addiction. Meth abuse, when left untreated, can quickly spiral out of control—but help can be the saving grace that prevents any further trauma associated with this terrible drug.

According to the National Institute on Drug Abuse, there are some steps you can take to ensure that your loved one gets the help that he or she needs. These steps including recognizing the following symptoms of possible drug use early on and seeking professional help:

Why is Aftercare Essential for Meth Addiction Recovery? 10 Common Symptoms of Meth Addiction How Is Meth Different Than a Stimulant Like Cocaine? How Does Meth Make You Feel: From Rush to Methamphetamine Withdrawal Behavioral Signs of Crystal Meth Addiction