Lunesta and alcohol don’t mix.  The popular sleep aid billed as a non-narcotic remedy for moderate to severe insomnia comes with a long list of potentially life-threatening side effects and risks.  One of these risks is consuming alcohol while using Lunesta – a combination that could be deadly.

Lunesta is one of several prescription sleep medications called hypnotics, drugs that act on the brain’s receptors for chemicals associated with mood.  Hypnotics like Lunesta are advertised as safer and less addictive than both narcotics and benzodiazepines – mood-altering medications generally used to treat anxiety and depression.

Science isn’t entirely clear on how Lunesta works, but it seems to act on the brain’s receptors for a chemical called gamma-aminobutyric acid, or GABA, which regulates mood. One thing is clear, though. Lunesta slows down brain activity and depresses the central nervous system, which regulates autonomous functions like breathing and digestion.

Side Effects and Complications of Lunesta 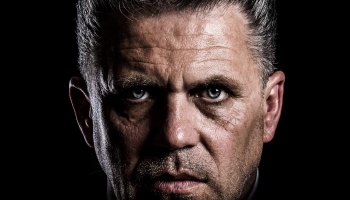 Taking Lunesta with alcohol can cause aggression.

Though its advertising minimizes risks, Lunesta has many side effects, some minor, some bizarre – and some serious.  These range from a sore throat and unpleasant taste in the mouth to hallucinations, aggressive behavior and “sleep activity” – walking, driving, eating and doing many other things while under Lunesta’s influence.

Lunesta users may experience suicidal thoughts, depression, memory problems, poor coordination, and problems concentrating, and these symptoms can persist after stopping the drug.  Lunesta can also depress respiration during sleep so that breathing can slow down or stop completely.  That makes it especially dangerous when used with alcohol.

Lunesta users are warned not to use alcohol while taking the medication – and that means at any time, not just at the time of the dose itself.  Alcohol can intensify many of Lunesta’s mood-related side effects, such as aggression, confusion, paranoia, depression, and thoughts of suicide.

People have reported experiencing these kinds of side effects if they drink just a beer or glass of wine as long as 48 hours after taking Lunesta.  Consequences can include acting on suicidal thoughts, getting into fights, and reckless, self-harming actions.  People who drink while taking Lunesta can also experience disorientation and short-term memory problems along with more serious long-term memory deficits.

Because both alcohol and Lunesta depress the central nervous system, combining the two can even be fatal. That can cause an overdose, which in combination with alcohol can depress breathing and heart rate to fatal levels.   Lunesta is also risky for people with liver problems, which can also occur with heavy alcohol use.  If a person using Lunesta is also addicted to narcotics, the mix of alcohol, drugs and Lunesta can be especially risky.

Like alcohol, Lunesta can be highly addictive.  The body develops a tolerance for the drug, so that users may start taking more and more to get the same result, and adding alcohol to help it along.   What’s more, suddenly quitting Lunesta can cause fierce rebound insomnia and withdrawal symptoms similar to those of street drugs.

When someone is addicted to both Lunesta and alcohol, they may need special help to detox from both of these substances and recover completely.  They may also need help dealing with the underlying sleep disorder that Lunesta was intended to treat since insomnia usually returns once Lunesta is stopped.

7 Surprising Side Effects of Lunesta Dealing With Lunesta Overdose: Symptoms and Solutions