Rapid heroin detox does not seem to have any more beneficial effects than regular detox from heroin. In fact, the former option has been called into question for its potential for negative side effects.

What is Rapid Heroin Detox?

According to a study from the medical journal Encephale, rapid detox for opioid withdrawal (also called ultra-rapid opioid detoxification or UROD) “aims at reducing not only the duration but also the intensity of withdrawal by using general anesthesia coupled with a naloxone or naltrexone medication.” The technique is carried out as follows:

The technique was invented in the early nineties, but since then, the question has been raised a number of times: does rapid detox from heroin and other opioids actually work? Unfortunately, as the result of further study beyond the 2001 investigation cited above, the answer seems to be a resounding no. 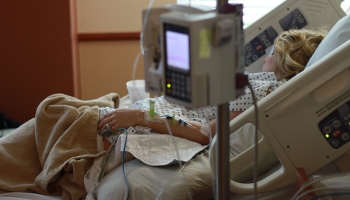 To begin rapid heroin detox, the patient is placed under anesthesia.

In general, the main reason why doctors are now extremely unlikely to use this technique on patients is because the benefits rapid detox claims to provide do not actually seem to be experienced by most patients who participate.

According to a study stated by a 2006 report from the National Institute on Drug Abuse, the patients who were treated with this option still complained of pain and other symptoms, symptoms the ultra-rapid detox process was supposed to minimize beyond the abilities of normal detox methods.

A number of patients who have utilized this technique in the past have experienced severe medical complications that are unlikely to be caused by regular detox. “Pulmonary and psychiatric complications as well as a metabolic complication of diabetes” are all possible and can be highly dangerous.

Granted, the issues that were caused in the study cited above were all the result of patients not telling their doctors about preexisting conditions, but this is still a potential problem associated with the process that makes it less than safe for many individuals.

Other severe complications have been cited as a result of rapid detox, one of which in 2012 even ended in death (Centers for Disease Control and Prevention).

Benefits Simply are Not Worth the Risk

The method itself is not covered by insurance, which most regular detox programs are, especially now as a result of the changes made by the Affordable Care Act to ensure that mental health and addiction prevention and treatment are considered essential health benefits (Substance Abuse and Mental Health Services Administration).

As a result of these findings and effects associated with rapid opioid detox, the program is currently considered to be ineffective and dangerous for the treatment of opioid withdrawal. While it is meant to create less severe withdrawal effects and a quicker path to detox for patients, it does not seem to provide either of these benefits and instead only creates a number of complications that regular detox does not cause. In addition, it is expensive and not covered by most insurance plans, making it very unlikely that most individuals will be able to utilize it, let alone will want to.

Heroin itself is an extremely addictive drug as well, causing severe withdrawal symptoms during detox. Therefore, those going through heroin withdrawal should usually consider attending a well-established option for detox and for their subsequent addiction treatment.

Though rapid heroin detox is not considered to be as beneficial an option as it once was, it is still important to attend some sort of treatment program for heroin withdrawal and addiction.