According to a study from the British Journal of General Practice, “Gabapentin is one of the recommended mainstays of evidence-based treatment” for neuropathic pain. Unfortunately, the study “suggests that gabapentin is now prevalent as a drug of abuse” as well and that it’s use in this fashion can be dangerous, even leading to addiction in certain cases.

Recreational Use can Lead to Addiction 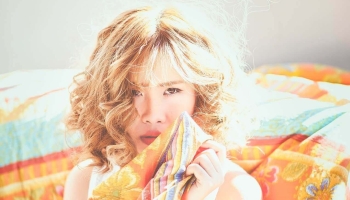 Gabapentin use can quickly develop into an addiction.

In much the same way as the unsanctioned use of other prescription drugs can lead to serious addiction problems, so does the abuse of gabapentin. This drug, an anticonvulsant with the brand name Neurontin, causes a number of desirable effects when taken in large doses, including euphoria, a high similar to marijuana, relaxation, and improved sociability. Those who use the drug for these effects often begin to crave them, leading to compulsive use and addiction.

The culture surrounding the drug is much the same as that associated with other drugs of abuse (as it is often called gabbies on the street and can sometimes be bought illegally one pill at a time). Almost any drug that causes euphoria or an enjoyable high can become addictive, as the brain and body come to crave and expect that feeling the more the individual abuses the drug. Once the person’s use becomes compulsive and uncontrolled, they are already addicted to the drug.

Is Gabapentin More Likely to Become Addictive than Other Substances?

Gabapentin causes a similar addiction pattern to other prescription medications that create a high when taken in large doses, but the drug itself is currently very accessible. “Gabapentin is easily prescribed without restriction, and escalating doses are recommended” in the case of treatment. Therefore, it’s easy “to facilitate any misuse and addiction potential, and to stock the black market.”

How Much Does Someone Have to Abuse Gabapentin to Become Addicted?

It truly does depend on the individual, their drug abuse history, and the presence of factors in their life that intensify the chance of addiction. Though a person probably won’t become addicted to the drug immediately after abusing it the first time, if they enjoy the feeling and decide to do it again, they are putting themselves in danger. Gabapentin causes tolerance and dependence, as well as a sometimes severe and painful withdrawal syndrome when use is stopped abruptly, usually after a few months of taking it, so anyone who is abusing the drug in high quantities is likely to experience this issue before or within this timeframe.

Using Gabapentin Recreationally is Not Recommended

Though the drug is not considered to be one of the possible prescription substances of misuse, and it is not even on the Controlled Substance Schedule created by the Drug Enforcement Administration, gabapentin has been shown to cause serious issues when abused, many of which are conducive to addiction. It can be very dangerous to use gabapentin without a prescription or differently than prescribed in order to get high, as it can lead to serious results including a possible addiction syndrome.

Gabapentin Overdose: Why It Happens and How to Prevent It What Does Gabapentin Withdrawal Feel Like? What are the Treatments for Gabapentin Addiction? The Mild and Serious Side Effects of Gabapentin How to Know If Someone You Love is High on Gabapentin