Evidence exists linking food to many of the same addicting characteristics as certain substances such as cocaine and other drugs. For some, food addiction is just as real as an addiction to prescription medications, cocaine, alcohol or other substances—expect that it’s even more difficult to cope with because there is no way to instill abstinence from food. Recognizing the signs and symptoms of food addiction early on can help you to determine whether professional help is needed and may prevent the onset of serious consequences including obesity, health problems, and low self-esteem. 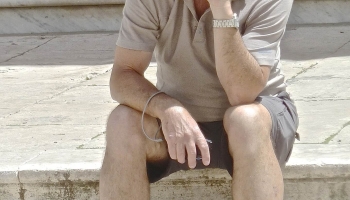 Consistent and uncontrollable food cravings are a sign of addiction.

Ashley Gearhardt, a psychology major at Yale University, developed a 25 question diagnostic test that helps to determine whether an individual is showing symptoms of food addiction. When used in a study, this test proved that people suffer from food addiction regardless of body type; respondents in the study were of varying body types including obese, lean and average measures.

If you are wondering ‘Do I have a food addiction?”, you should think hard about whether or not you display the symptoms. Common symptoms of food addiction include:

Food addiction can literally ruin your life, kill your self-esteem, destroy your health and leave you feeling defeated and alone. Coping with an addiction to food requires a firm understanding that food addiction is a disease just like drug or alcohol addiction—and that it can be treated. Counseling and therapy will be key to helping you overcome your addiction but it will be challenging. With the right help, with your commitment to your health and support from your friends, family and local support groups you can effectively overcome food addiction and beat the battle that exists between you and the foods that you eat.