Watching a loved one get caught up in the excitement of video games may seem harmless enough, however, there’s a point where this behavior can become obsessive and have harmful effects within a person’s daily life. Understanding the risk factors associated with internet gaming addiction can help you spot potential signs of abuse and addiction before a daily indulgence turns into a lifestyle gone out of control. 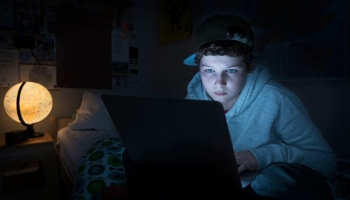 The high accessibility of the Internet and games makes it even easier to develop an addiction.

The win-lose aspect of gaming in general introduces a reward element that may be lacking in a person’s daily life. With gaming, the reward element is offered up in increments along the way, which works to drive ongoing game play. A certain degree of unpredictability in terms of reward offerings also feeds into the gaming cycle.

With today’s technological advancements, internet gaming behavior can extend well past the desktop computer environment with mobile phones and Smart Pads able to go anywhere and everywhere. This accessibility element exposes more people to internet gaming, allows more time for game play and also introduces gaming behaviors into settings that otherwise would be devoted to other types of activities.

With multiplayer role-playing games in particular, the social element that exists within these gaming environments carry an especially high risk for developing internet gaming addiction. According to the Journal of Psychology Research & Behavior Management, social factors, such as chatting, working as a team and forming new relationships can blur the lines between real-world social networks and virtual networks over time. For someone already susceptible to addictive tendencies in general, these conditions can easily set the stage for internet gaming addiction to take hold.

When left untreated, compulsive gaming behaviors can quickly take over one’s life much like a drug or alcohol addiction does. Before long, declines in a person’s physical and psychological well-being start to surface making it all the more difficult to regain control of his or her life.