When the word addiction is brought up, oftentimes the thought that comes to mind is alcohol, drugs, and substance abuse. Addiction is easily related to dependency on drugs, as it is common, and oftentimes, can be the most detrimental to a person’s life.

However, because of this thought process it can be easy to write off the notion that it is possible to become addicted to other things besides drugs or alcohol. Yet, there are addictions, specifically sex addiction, which have nothing to do with substance abuse. In fact, according to NCBI, sex addiction specifically affects 6-8% of the American population.

Generally, there are some skeptics about the reality of sex addiction, however addiction is anything that is affecting both a person’s life, relationships, careers, and daily choices without regard to the negative consequences it will place in the person’s life. Sex addiction is the dependency on sexual intimacy, to a point where a person will allow themselves to do nearly anything to get it. 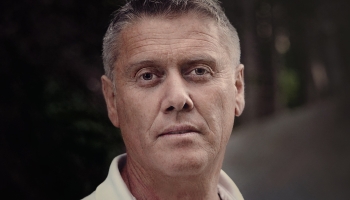 Feeling the need to have numerous affairs, despite being in a happy relationship, is a sign of sex addiction.

Having multiple affairs is another common sign. Oftentimes, when an addict is in a perfectly happy relationship, yet feels the need to keep having affairs with others, it can be a sign that they are a sex addict.

Regretting the affairs, but feeling like they must continue them and finding themselves repeating the actions over and over are common symptoms for sex addicts. Other signs could be the constant viewing of pornography, participating in sexting/cybersex, or practicing unsafe sex (especially with many partners in a short span of time).

More serious signs of sex addiction are often the purchasing of prostitutes, molestation, and sexual harassment.

There are real life support groups where sex addicts can go, meet with people who are experiencing similar problems, and even receive a sponsor to help them recover from their addiction.

Acknowledging the problem in and of itself is a huge step, but reaching out to receive help from others can go a long way toward recovery. It can be motivation when there are other people there to hold your actions accountable and support you through the trying times.

Sex addiction is a serious problem many people face. It is not something that should be ignored. If sex addiction doesn’t not get addressed or treated, it can lead to problems for both the addict and those around them. Don’t ignore the signs when there is treatment out there.