There are many stereotypes when it comes to sexual addiction. According to NCBI, sexual addiction is a compulsive sexual behavior that can have significant psychiatric and medical consequences. In order to make a difference, it is important to understand and be willing to change the stereotypes that exist today.

A Love of Sex 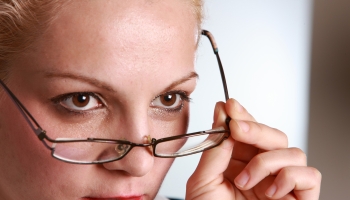 Women are more likely to keep their sex addiction hidden due to the stereotype that it only affects men.

It is entirely natural for healthy adults to love sex and its activities, but it is a common misconception that a sex addict loves sex more than the average person does. Much to the contrary, sex addicts do not enjoy the act of sex but instead perform is out of a sense of compulsion.

They do not love sex and actually have the desire to stop the activities that are fueling their addiction. Without the proper help, these people cannot stop the behavior even in the face of severe consequences.

Unlike the public, sex addicts feel a need to continue with their sexual activities in order to drive their addiction, and with this addiction, they can strongly feel shame, guilt, and embarrassment for their behavior.

These symptoms often lead the individual to hide their addiction until they cannot take it anymore and seek professional help.

Men are the Only Sex Addicts

A popular stereotype that exists today is that the only sex addicts in the world are men. It is not enough to say how untrue this statement is. While it is true that a majority of those who suffer from a sex addiction are men, women can be sex addicts as well.

The reason this has become a stereotype is believed to be that women are more likely to suffer in silence than they are to come forward due to fear. Women are pushed into reluctance as media stories continue with their stereotypes from the belief that it is shameful to suffer from a stereotypically male addiction.

A Sex Addict is not an Addict

Many people have a hard time believing that this addiction is real or a serious condition, as they cannot believe that anyone else is addicted to sexual activity. As with some other addictions, several people believe that the ones suffering from this addiction simply lack self-control for their desires or do not possess morals.

Medical professionals are working to define and outline the symptoms for this addiction, but it is important that people see the addiction for what it truly is. A sex addict is similar to a drug or alcohol addict, but they generally are misunderstood by the public.

What many fail to see however is that there have been recovery programs to help people to handle their addiction. Many of these recovery centers have even adopted the 12-step program that several facilities use to help substance abuse patients.

This elevation of mood can alter the chemistry in the brain to make the individual feel as though this feeling is required to feel normal in their everyday lives.

It is often believed that many people who claim to be sex addicts are using it as an excuse to cheat on their spouses, why they left their families, or even why they lost their jobs.

Because it is understandable from an outside viewpoint and it is a common belief, many do not see that the person who has come forward with his/her addiction has undergone an extreme inner battle with it.

These people’s lives are in ruins but if they come forward with their addiction to seek help, it can be the first in many steps toward his/her recovery. While it is true that some people will fake the excuse of a sexual addiction in order to continue their affairs, it should not reflect on the real sex addiction that does exist beyond the excuse for inappropriate behavior.

Sexual addiction is a serious mental illness that should be regarded as one would any other addiction and be seen as what it truly is instead of what it is stereotyped to be.