In the last several years, the rate of drug use among people over the age of 16 is on the rise. Naturally, this increase also means that the rate of drugged driving is increasing. Unfortunately, this also leads to a rise in accidents due to drugged driving. According to the Office of National Drug Control Policy, drugs impair one in eight weekend drivers. This is an extremely high statistic.

Despite knowing that drugs impair driving, people still use them and get behind the wheel of a car. This happens so often that the Office of the President is encouraging states to adopt drug impairment laws and better training for law enforcement on the issue of drugged driving. To fully understand this problem you need to know what is considered drugged driving and why it is increasing.

What is Drugged Driving? 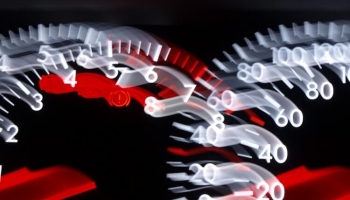 Driving under the influence of certain drugs can be deadly.

Some drugs are safe to drive on while others are not. Several drug categories impair your ability to drive but only a few that are subject to abuse. These categories are:

Why the Increase in Drugged Driving?

From 2002 to 2013 drug abuse 12 and over has increased from 8.3 percent to 9.4 percent in people, according to the National Institute on Drug Abuse. With an increase in drug use in generally, statistically speaking, you would see an increase in drugged driving. It is not a coincidence that marijuana use has skyrocketed, as has the incidence of people driving while intoxicated on marijuana. It is just logic. As the use of drugs goes up so does the incidents of people driving while on drugs. With conditions like depression, anxiety, insomnia, and ADHD on the rise, more prescription medications for these illnesses are being dispensed. There is more legal and illegal use, hence more people driving while on them.

In addition, the increase of people who take over the counter cold medicine and sleep aids contributes to the overall rates of drugged driving. It is important to note that the increase in drug use does not need to equal an increase in drugged driving. Part of the solution is to create a better awareness of the dangers of drugged driving. Until recently, most of the anti-DUI campaigns were centered on using alcohol as their cornerstone impaired driving issue. Unfortunately, this has not changed in many of the school and public service education programs.

Why People Drive on Drugs

Like anything there are many people who drive on drugs. Some of these reasons are obvious but others are not. It is important to remember no all drugs are narcotics and not all drug use is to get high. A few of the reasons why people drive while taking drugs are:

There are many other reasons why people do dangerous things while on drugs. Sometimes they got to work, drive others, drive themselves or their children, and use heavy equipment without ever realizing they are impaired.

How to Stop Drugged Driving

It is important to remember that just because a drug is legal it does not mean that it is safe to drive while using it. You can prevent drugged driving by not driving while under the influence of illegal drugs and by reading the labels on prescription and over the counter drugs. Anything that suggests that it is not a good idea to drive or operate machinery while taking it, is probably not safe to drive on. Sometimes it takes a while for your body to get used to the drugs, make sure you know how you are going to react before engaging in dangerous activities. You can always ask your doctor about the potential dangers of the drugs you are on. If you think you might be impaired the easiest thing to do is just do not drive.