When it comes to steroids and what they really do to your body, many people are misinformed. Different from the medication you get from your doctor when you have bronchitis, anabolic steroids replicate human sex hormones, particularly testosterone, and can be highly addictive and dangerous.

Sometimes called Juice, Roids, Gear, or Stackers, steroids are illegal except for the rare cases they are prescribed by a doctor for AIDS, cancer, or delayed puberty.

How Are Steroids Taken?

Like other illicit drugs, steroids are taken in a variety of ways. The two most common include orally in pill form or through injections. The drug is also available in gels, creams, or patches. While some people take steroids on a daily basis, others try to take them in ways to discourage the negative side effects.

Although there is no research that says it works, people will try cycling, where they take the drug for a period of time then take a break before starting again, stacking, where two or more types of steroids are taken together, or pyramiding, where an individual starts with a large dose and works down to a small dose before building back up.

Your Body on Steroids 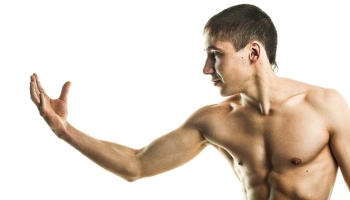 Steroids can cause swelling in the hands.

Taking steroids can have massive effects on the body. While many teenagers (2.3 percent have tried it by their senior year) take steroids to help them bulk up, it can also stunt their growth, cause kidney impairment, and liver damage. It also increases the teens’ risk of having a heart attack.

For men, taking steroids can cause shrinking of the testicles, cause breast tissue growth, hair loss, and infertility. It also increases the risk of prostate cancer.

In women, steroids cause male pattern baldness, a permanent deepening of the voice, breast shrinkage, and an increase in facial the growth of facial hair.

In both sexes, it causes swelling in the hands, face, and feet, as well as acne.

More Side Effects than Roid Rage

Beyond the physical side effects of steroid use, there are also a plethora of mental health and emotional impacts. The most commonly known side effect of steroid abuse is coined “Roid Rage,” and characterizes the overly aggressive behaviors of those who take the drug that often leads to violence.

Other side effects include mood swings, mania phases, insomnia, irritability, and bad judgement. It’s also been associated with extreme paranoia, jealousy, and delusions.

While many suggest that steroids are not addictive, they’re wrong. Steroids are known to cause withdrawal symptoms and depression. It should be noted that the short term effects of steroids are different than other addictive drugs, as they don’t cause an instantaneous increase in dopamine as other illicit substances do.

But after extended, long term use, steroids begin to impact the brain in a similar way. Dopamine, serotonin, and opioid pathways are all stimulated and begin to respond in the same addictive manner.