There’s a million things to worry about when you’re pregnant, and when you’re using drugs or alcohol, there’s even more. You want to protect the baby, but you’re don’t know where to turn or what to do. You don’t know what’s safe and what’s not, and you don’t want to get in any trouble.

Yet, if you’re using opiates, whether prescription pain pills or illicit substances such as heroin, there’s a real risk of neonatal abstinence syndrome (NAS). Here’s what you need to know.

Neonatal Abstinence Syndrome occurs when a newborn has been exposed to opiates in utero. No matter if it’s heroin, codeine, oxycodone, methadone, or buprenorphine (the medication found in Suboxone), all opiates cross the placenta and allow the fetus to become dependent on the drug.

Depending on the mother’s drug use patterns, withdrawal symptoms may occur. Because of the risk of these symptoms, which can appear one to three days after birth and last up to a week, the child may need to stay in the hospital longer than normal for observation.

What Are the Symptoms of NAS?

Just like in adults, the symptoms of opiate withdrawal impact different people in different ways. Here are some of the common symptoms of NAS that newborns may experience. 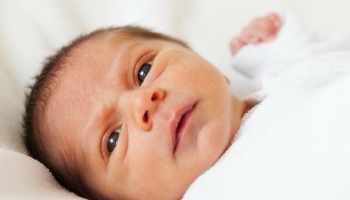 What to Do if your Child Is at Risk for NAS

If you’re using drugs or alcohol during pregnancy, it’s important that you be open and honest with your doctor about it. That way, if the newborn has NAS, the proper treatment can be administered, saving time and resources for the doctors attempting to figure out what’s wrong with the child.

If need be, a urine screen may be given, to either the mother or the newborn, to test for the presence of drugs in the system.

What’s the Treatment for NAS?

Once it’s determined that the infant has NAS, the hospital staff use a specific scoring system to determine the severity of the symptoms and the path of treatment. There’s no way to make the symptoms of withdrawal go away, so treatment is normally some combination of symptom management in an attempt to keep the newborn more comfortable and safe.

Here are some of the most common procedures: