According to the National Institute on Drug Abuse, “Taken as prescribed, opioids can be used to manage pain safely and effectively. However, when abused, even a single large dose can cause severe respiratory depression and death.” Other consequences can also occur from the act of abusing opioids, such as addiction, harm to a person’s physical and mental health, and severe withdrawal symptoms. Because these drugs are habit-forming, their potential for abuse is considerably high, and many people do abuse them whether they mean to or not.

Painkiller abuse has become an epidemic in many places, causing a number of issues for a great deal of individuals who begin taking the drugs. However, marijuana, a Schedule I substance that has still not been fully legalized across the United States, may help stop this severe medical problem––or at least minimize some of its problematic effects.

How Severe is the Painkiller Epidemic? 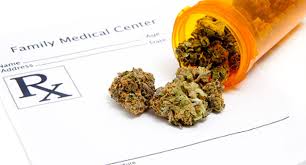 Some people believe that medical marijuana can help to decrease the rate of opioid overdose fatalities.

Painkiller abuse is a global issue. As stated by the NIDA, “It is estimated that between 26.4 million and 36 million people abuse opioids worldwide, with an estimated 2.1 million people in the United States suffering from substance use disorders related to prescription opioid pain relievers in 2012.” And, according to the Center for Disease Control, “Nearly 15,000 people die every year of overdoses involving prescription painkillers.” That is more than the number of deaths caused by cocaine, benzodiazepine, and heroin abuse in the same year (NIDA).

The opioid painkiller problem is real, and steps should be taken to ensure the safety of individuals who require the constant use of pain medication. While prescription opioids can be beneficial to those who use them correctly, the use of medical marijuana may be safer and cause fewer severe side effects in those who would use it to treat pain.

Marijuana as a Pain Reliever

Many studies have shown that marijuana has pain relieving properties and can also be beneficial to those with chronic pain issues. It was even discovered that, when using the unprocessed marijuana plant or its extracts to treat these problems, the same effects could be achieved when using marijuana with an extremely low THC concentration. This means users can receive the benefits of the drug without as many side effects and without the feeling of being high, allowing them to participate in day-to-day activities.

Though marijuana is not legal for medical use everywhere, it has already been proven to be extremely effective in treating nausea and loss of appetite. Its pain relieving properties are well known also, and the drug is currently being studied for its potential as a beneficial pain medication.

There are a number of ways in which medical marijuana could be a better candidate for pain relief than even prescription opioids. Perhaps one of the most important is that medical marijuana, unlike prescription painkillers, is not known to cause fatal overdose when used in high doses. Opioids cause respiratory depression, which can lead to the incredibly slowed breathing of the individual or even for their breathing to stop altogether. Because these drugs also cause the effects of drowsiness, relaxation, and euphoria, people in this state do not realize that their breathing has become dangerously slowed and often fall into a coma. Marijuana does not cause severe or deadly side effects when an individual ingests too much, therefore having a much safer outcome in the event of an accidental (or even a purposeful) overdose.

In addition, depressed respiration caused by opioid abuse can also “affect the amount of oxygen that reaches the brain, a condition called hypoxia. Hypoxia can have short- and long-term psychological and neurological effects, including coma and permanent brain damage” (NIDA 1). This type of brain damage can happen extremely quickly in the time it takes to get the person breathing again. While there have been claims that marijuana use over time causes brain damage, there is not enough evidence to support the claim completely.

Unlike prescription opioids, marijuana is also not known to have severe adverse reactions when other drugs are introduced into a person’s system. Drinking alcohol, for example, can be extremely dangerous when someone is already taking opioids, and it is more likely to lead to severe respiratory depression. And, according to the National Library of Medicine, “Taking certain other medications with oxycodone [and other commonly prescribed opioid drugs] may increase the risk of serious or life-threatening breathing problems.” These medications include but are not limited to:

It is important to note that marijuana does have its own downsides as well. It can cause dependence over time and withdrawal symptoms like irritability, depression, cravings, and a decreased appetite. However, according to the NIDA, marijuana’s withdrawal syndrome is “mild” when compared to those caused by other drugs, and though opioids do not cause a deadly withdrawal syndrome, discontinuation of their use can lead to severe pain, unlike the general discomfort usually caused by marijuana discontinuation.

Compared to the dangers of opioid use, there are many benefits to the alternative of medical marijuana for pain treatment. And as stated by CNN, “States that have legalized marijuana for managing chronic pain have significantly fewer deaths from prescription painkiller overdoses each year, according to a new study.”

Can Medical Marijuana Make a Difference?

It does seem very likely that medical marijuana could be both more beneficial and safer than the use of prescription opioids for pain. Just the fact that the former drug may potentially be useful for this purpose could lead to a decline in painkiller abuse, overdose, and addiction, as it seems to be doing in the states where it has already been approved.

As stated by the NIDA, “Scientists are conducting preclinical and clinical trials with marijuana and its extracts to treat numerous diseases and conditions,” including chronic and severe pain. Currently, there is not enough research to be certain that the risks outweigh the benefits for the drug’s medical use. Perhaps with more information and the eventual regulation of the drug, marijuana truly could diminish the serious painkiller epidemic we encounter today.

Is Opium Addictive? Tramadol Addiction: Sign and Symptoms Opiate Detox What to Expect The Role of Pharmaceutical Companies in the Opioid Epidemic Opiate Withdrawal Symptoms, Timeline, and Detox Treatment