The National Institute on Drug Abuse cites opioid addiction as a global crisis at present.  It is estimated that between 26.4 million and 36 million people worldwide have abused opiates.  Further, the number seems to be on the rise with the increase in opiate-based prescribed pain medications. 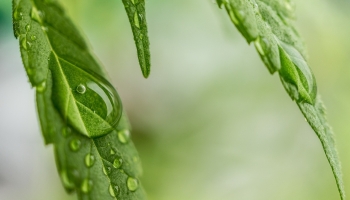 Serious addicts find it extremely difficult to stop using opiates.  Because of the manner in which opiates affect the brain’s mµ receptors, skewing pain and pleasure sensations, an opiate habit requires treatment.  Craving and severe withdrawal symptoms make quitting opiates feel impossible.  Currently, drugs like methadone and buprenorphine are used to manage urges to use and withdrawal sickness during the detoxification process.  As an alternative, some are turning to medical marijuana for a solution.

Medical marijuana is being widely used to treat a variety of ailments including cancer, glaucoma and epilepsy.  THC, the primary ingredient in marijuana, has been shown to decrease pain and swelling and increase appetite.  In persons seeking opioid cessation, marijuana may alleviate some of the more difficult withdrawal symptoms.  Some cannabinoids are currently widely used to treat nausea and vomiting, one of the main symptoms affecting those persons withdrawing from opiate addiction.

In comparison to other more potent chemicals, this statement may be considered true.  With marijuana, physical side effects are generally not present when users stop using marijuana.  However, more and more patients are finding it difficult to stop using marijuana without formal treatment.  In fact, clinicians have found that nearly half of cannabis users develop Cannabis Withdrawal Syndrome.

The THC in Cannabis acts on two specific receptors in the brain:  CB1 and CB2.  These receptors regulate chemical processes in the neurotransmission of specific chemicals, slowing responses and increasing the production of “feel good” chemicals like dopamine.  With habitual cannabis use, removal of the substance results in withdrawal.  People experiencing Cannabis Withdrawal Syndrome can experience the following:

Other Concerns in Using Marijuana to Treat Opioid Withdrawal

One small study supports using marijuana to aid in coming off drugs like opiates, amphetamines and alcohol.  However, this study is inconclusive in any specific benefits to using marijuana to treat symptoms like anxiety, which are generally co-morbid with early recovery.  For the 18 patients who participated in this study, using medical marijuana appeared to have no effect on those who used the substance during their 30 day rehabilitation program.  The study noted concerns regarding the integrity of treatment and long-term abstinence from illicit substances.

Opiate abusers have experienced damage to neural pathways and the manner in which pain receptors send messages.  Given that THC, the main chemical component in marijuana, affects different receptors in the brain, there is potential for significant and lasting damage to the neurotransmitters.  Addiction specialists generally seek to help addicts in early recovery to regulate brain chemistry instead of altering it further.  Until more studies are conducted regarding marijuana’s effects in this capacity, great care should be taken.  Seeking the advice of an addiction specialist is the best option for addicts seeking true recovery.