Those that do not use marijuana often follow stereotypes when thinking about the physical effects of the drug. The stereotypical results of marijuana usage often lack any severity and usually fade away after a short time.

A lack of information often leads non-users to try marijuana because they do not believe that any noticeable changes will occur. In truth, there are several physical changes that can occur with marijuana usage that you should be aware of.

Marijuana functions as a mind-altering drug and the body often responds to the mind’s current state. As a result, it is not uncommon to see changes in a person’s heart rate and blood pressure while using marijuana. The NIDA states that smoking often causes the heart rate to increase for up to three hours, which can put the person at serious risk for heart attack. 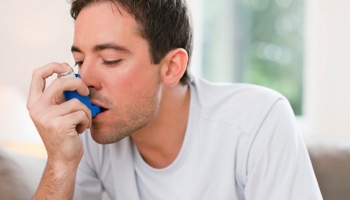 Smoking marijuana can cause asthma.

Marijuana is commonly smoked, not unlike tobacco. As a result, the DEA states that many marijuana users can develop respiratory issues that are similar to ones that cigarette smokers develop. These issues can range from chronic coughing and wheezing to bronchitis, asthma, and emphysema.

The tissues in the lungs alter on a cellular level, which can open the organ up to serious infections and conditions, as well as compromise their overall function.

Multiple studies have been conducted on the effects of marijuana on the reproductive system, specifically the effect that the drug has on the development of a fetus. It has been documented that marijuana can disrupt the development of necessary function of the brain in teens and young adults, and has been found to have the same effect in utero.

The drug can also affect the physical growth of the fetus, and the development and growth of the placenta. However, studies have yet to research the effect marijuana has on babies outside of the womb, who can inject noticeable amounts of marijuana’s active drug THC through breast milk.

Alterations in the way that the body responds to disease have been documented in long-term users of marijuana. This is often considered to be a result of the contents of the drug, which our body still considers to be foreign despite being found in a naturally occurring plant.

Extended use often prevents any reversal of the drug’s effects from occurring, thus making it permanent. If the influx of chemicals from marijuana affects and suppresses the response from the immune system, it opens the body up to diseases and infections that can lead to side effects that could be far worse than those occurring as a result of marijuana.