Marijuana use is a great controversy in the United States. Some believe it has healing medicinal purposes; others greatly disagree. It is currently being used all over the world to relieve chronic pain and to treat anxiety and panic disorders and, it is often prescribed in the US in states where medicinal marijuana is legal While it can be used for terminally ill patients suffering from different kinds of cancer and various other serious ailments, marijuana is also habit forming and should not be used recreationally.

Marijuana can help with the side effects of chemotherapy that cause the patient terrible distress including nausea and vomiting which is often associated with chemotherapy treatment. It also known to increase the appetite which is crucial to recovery as it provides the essential nutrients the body needs to heal and recover. If they have no appetite they will often become too weak to even put up a fight.

Whether marijuana is prescribed in medical treatment by a doctor or used recreationally to get high, the user may feel that they need the drug to function on a daily basis. So does this constitute an addiction? Not necessarily. When a person is prescribed medication such as pain relievers in various forms the person might need that medication or they will certainly suffer and not be able to live a normal life. This is not considered an addiction as an individuals quality of life without the drug would be greatly diminished. 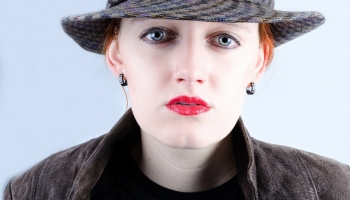 While not as addictive as some other drugs, an addiction to marijuana can occur.

When a drug like marijuana is intentionally taken for the user to feel high, and the user feels they cannot function without the drug after long-term use, this is considered an addiction, because there is no medical reason the drug is necessary. Addiction to marijuana is highly debated because there is no known amount of the drug that can be considered a lethal dose, and no one reports overdosing on marijuana such as other highly addictive drugs like heroin and alcohol.

Still, the fact remains that more and more people do claim to suffer addictions to marijuana and require professional treatment to stop using the drug. More treatment centers are including treatment programs for drugs like marijuana and other psychedelic drugs that were not thought to be addictive in the past and law enforcement is now including testing for marijuana after motor vehicle accidents and people are facing the consequences.

Most people who are in drug treatment facilities are fighting addictions to opiates and other barbiturates or alcohol. Most would not consider marijuana addiction to be very common but recent survey data show that daily marijuana use is up among students in 8th, 10th, and 12th grades.

If teens are using marijuana every day, the likelihood of an addiction increases and they may feel incapable of being able to stop on their own. Studies have shown that the number of young people as well as adults entering treatment facilities for marijuana addictions has seen an increase since 2010 and continues to climb. This number is largely attributed to information on marijuana addiction is more accessible than it has been in the past.