Have there been signs lately that your spouse may be under the influence of something? Have suspicious actions or behaviors surfaced and caused your subconscious to question the possibility of drug abuse? Specifically drugs that are intended for aid in relieving pain? Have you found evidence that supports these suspicions? Knowing the facts about prescription drug abuse and the abuse of painkillers can help you determine whether your questioning should be directed at your spouse, instead of just in your head. 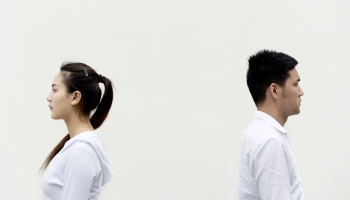 If you are worried about your loved one’s drug use you should seek help now.

Across the United States of America, the abuse of painkilling drugs has become a distinct problem. The drugs that are commonly abused are found both over the counter and in prescription. Many of these drugs are found in almost every medicine cabinet in almost every American home, making accessing these drugs easier than one would believe. In fact, most addictions to pain relievers start with a doctor prescribed prescription for the individual who then eventually becomes addicted and finds it nearly impossible to stop. In other cases, the user helps themselves to the prescriptions of others in an effort to obtain it.

Those who become addicted to prescription painkillers will often find themselves in quite a predicament, because with continual use, one builds up a tolerance. As this tolerance grows and accompanies the addiction, the user will need more of the drug in order to achieve the same high as they used to get from a smaller dose. Once this occurs, the user will be forced to ask for more. Eventually, most users end up “doctor shopping” or seeing many different doctors in order to obtain more prescriptions. They may also have to use different pharmacies in order to continually refill their stash. These drugs are monitored and controlled for a reason and regulations are getting stricter with the increase of abuse cases, overdoses and deaths related to prescription drug use.

Physical symptoms of painkiller abuse include:

According to the Center for Disease Control, everyday 120 deaths are attributed to drug overdose. The CDC also sites that in 2013, more than 51% of drug-related deaths could be traced to pharmaceuticals. In that report, 35,663 of the 43,982 that died from prescription drug overdose, were reportedly unintentional deaths. Addiction to prescription drugs is a force to be reckoned with and will prove to be an evil advisory when facing the possibility of an existing addiction.

Symptoms of withdrawal from prescription painkillers are notably similar to flu-like symptoms. They are also notably more severe in some cases and can last longer. When withdrawing from an addiction to painkillers, an addict may experience trouble sleeping, have diarrhea and vomiting, tend to feel antsy, angry, or nervous. They may suffer headaches, muscle aches, and body cramping, these symptoms are also usually accompanied by severe chills that rake the body.

It is possible to recover from an addiction to prescription painkillers. There is hope.