Heroin is a drug that is derived from morphine which is extracted from the seed pod of the Asian opium poppy plant. Heroin is considered to be one of the most addictive drugs in the world and has been used for centuries. Heroin is typically seen in a white or brownish powder form. It can be snorted, smoked, and heated for injection.

According to the National Institute on Drug abuse, a study conducted in 2011 produced results showing that approximately 23% of those who try heroin will end up with a chronic addiction to it. It also showed in the same study that in America, that over 4 million people had used heroin at least once in their lives, Some of these individuals were as young as 12.

There obviously seems to be an easy chance of obtaining this drug, but what happens once you use it? Once heroin is in your system, it is immediately converted back into morphine and it attaches itself to opium receptors found in your brain. These receptors are responsible for processing pain and to some degree pleasure or reward. There are also opium receptors in the brain stem that control certain major life giving bodily functions such as respiration, blood pressure, and arousal. These receptors can obviously be compromised in an especially dangerous way when under the influence of heroin.

Some serious side effects of heroin use can include: 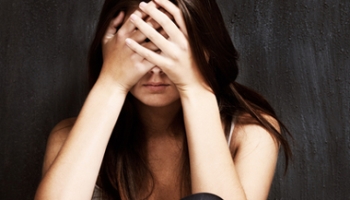 It’s important to get help right away if you note any of heroin’s dangerous side effects.

If you have made the choice to use heroin and have found that you are having difficulty breathing accompanied by drowsiness, it is definitely time to take action. If help is not sought during this type of drug induced state, the results can be catastrophic and devastating. Brain damage caused by a lack of sufficient oxygen is completely possible as well as asphyxiation and suffocation leading to death.

If you do not seek help this time, and you make it through, the chances of using again, and developing a tolerance and dependence upon this drug are greatly increased. So you will most likely be in the same situation again or be faced with it at some point. Heroin addiction is considered to be one of the fiercest addictions to beat and it claims lives every day in this country and around the world.

Everyday people throw away their lives for a 5-minute euphoric rush. In the face of heroin, control is lost with the first taste. Don’t let this happen to you.

Is Heroin Recovery Really Possible? How Can I Cope with My Heroin Cravings in Recovery? What is the Heroin Relapse Rate? What Do Heroin Effects Feel Like? 25 Ways Heroin Addiction Ruins Lives