When you think of someone with a heroin addiction what is the first thing that usually comes to mind? Probably a dirty, homeless person who wanders the streets panhandling for money to support their habit. You might picture a group of people huddled in a dark room sharing needles and passing out from the high.

It’s certainly not a pretty picture. Heroin is not a drug that can be used recreationally and many report being hooked after their very first injection of the drug. These are side effects of heroin addiction that we already know, but there are other side effects that you might not be aware of.

Side Effects of Heroin Your Friends Won’t Tell You About

Everyone knows that heroin is addictive, but did you know that many people become addicted to heroin when they are unable to obtain prescribed opiates like Oxycontin and Percocet? Heroin is more widely available and costs much less than illegal prescription narcotics sold on the street. Heroin can be snorted or injected but the majority of users prefer to inject it directly into their bloodstream as it causes a euphoric feeling in as little as 8 seconds. This instantaneous high can lead to an immediate addiction and the facts are that 4 out of 5 heroin addicts will never stop using heroin. 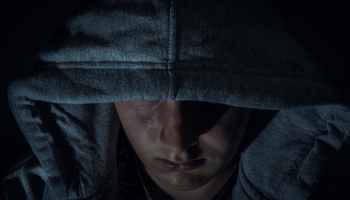 Extended use of heroin and other opiates can lead to skin irritations and lesions. The use of opiates releases histamines into the bloodstream which causes skin to be inflamed and itchy which users often refer to as “crawling” because they feel like bugs are crawling on their skin. When injected, track marks can become infected which can lead to sores and scabs that will not heal. Dirty or dull needles can cause abscesses or boils which can be very unsightly and painful. It can also cause cellulitis which is a bacterial skin infection. Quite simply, heroin can steal your beauty.

Heroin addicts must use more of the drug to prevent the terrible withdrawal symptoms that will occur within 3-5 hours after their last dose. The withdrawal symptoms are so painful that heroin addicts often resort to criminal activity to pay for their habit. They will rob, steal and even prostitute their own bodies for the money to buy their next fix and end up in trouble with the law.

According to NIDA, “individuals who use illicit drugs are more likely to commit crimes, and it is common for many offenses, including violent crimes, to be committed by individuals who had used drugs or alcohol prior to committing the crime.”

Unlike prescribed opiates, heroin is dangerous because there is no way to know what you are buying. Heroin is an illegal drug that comes primarily from Afghanistan and then is filtered through other countries like Mexico to the rest of the world via the Black Market . There are no regulations or controls on what the drug is mixed with or how strong it is which can lead to overdose or even death. You are taking a chance with your life every time your use heroin.

Heroin Withdrawal: What to Expect & How to Cope Can Heroin Addicts Ever Really Recover? How Heroin Affects the Brain Heroin Overdose 5 Warning Signs of Heroin Use