Heroin withdrawal is not usually a life-threatening condition, but it can be very uncomfortable and even painful. There are actually many short term side effects that go along with heroin withdrawal, and knowing them before beginning to experience them can help you through the withdrawal process. Generally, heroin withdrawal usually lasts about a week and, according to the NLM, “symptoms usually start within 12 hours of last heroin usage.”

Early Side Effects of Heroin Withdrawal 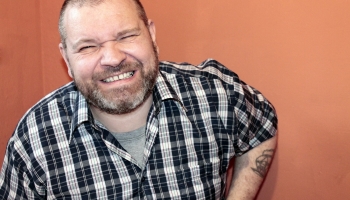 Many of these side effects together will make you feel as if you have the flu. It will be very uncomfortable and, coupled with the pain in your muscles, bones, and joints, you will likely be miserable for a few days. Luckily, these side effects are not long term, and they subside, leading to the second stage of withdrawal.

Late Side Effects of Heroin Withdrawal

These symptoms will not last long and will begin to subside after a few days. For someone who has been abusing heroin, this may seem like the final stage of withdrawal, but there may be one more stage of side effects to be aware of.

Final Side Effects of Heroin Withdrawal

For the last two or three days, heroin withdrawal will have side effects of fatigue and other lingering issues. Many individuals want to go back to their lives after the nausea, vomiting, and diarrhea have ended, but it is not advised to do so. It may be important to take a few more days in case any other short term withdrawal effects occur.

Heroin Withdrawal and its Side Effects

Craving may be a long term side effect of heroin withdrawal and can lead to problems such as relapse. But once someone has detoxed from heroin, the main side effects will subside. The important thing to remember is that this does not mean that heroin addiction is cured. A heroin addict must attend formal addiction treatment after detox or withdrawal from heroin in order to have a chance at full recovery.

What Causes Heroin Addiction? What Heroin Withdrawal Symptoms To Expect How to Help a Heroin Addict Heroin Overdose Consequences of Heroin Abuse