Heroin addictions are on the rise again. Not since the end of the Viet Nam War have we witnessed so many people in our country suffering from its debilitating and deadly effects.

Treatments that include the use of methadone or buprenorphine are often necessary for these individuals to recover or maintain abstinence and stability from a drug that has some of the highest rates of relapse, overdoses, and deaths.

Recognizing the Severity of the Problems

Heroin is one of the most addictive drugs anyone could try as it enters the brain rapidly to enact its effects on the central nervous system. Studies show that the quicker and more euphoric a drug is, the more powerful it can be in altering neuronal circuits in the brain increasing the addictive potentials and distorting abilities to regulate other physiological systems. Heroin passes quickly across natural brain barriers that are used as defense against these conditions leading to excessive sedation and depression of breathing and heart rate.

From first-time abusers to those who are chronic heroin addicts, every single dose of heroin is potentially fatal for several reasons including: 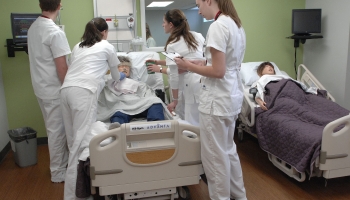 The use of fentanyl in heroin has caused a large number of overdose deaths.

Heroin potencies have significantly increased as growing methods and formulations involving heroin productions have changed. For instance, black tar heroin that is trafficked in from Mexico and Latin America has eliminated some of the synthetic processes that would normally be used in heroin productions increasing the number of morphine derivatives left unaffected in the process. The mixture of these lesser acetylated morphine derivatives, predominantly 6-MAM (6-monoacetylmorphine) and 3-MAM (3-monoacetylmorphine) are the main psychoactive compounds that make heroin so highly addictive.

One of the biggest challenges a heroin addict will face in society is the availability of opioid painkillers that, like heroin, have a high potential for physical and psychological dependency that often leads the user down the exact same paths as heroin including injecting the drugs. According to the United Nations Office on Drugs and Crime,” An emerging phenomenon among opioid-dependent drug users in the United States of America is that synthetic opioids are being replaced with heroin, driven by the increased availability of heroin in parts of the United States, and lesser costs to regular users to maintain their dependency.”

Once the switch to heroin occurs, alternating between heroin and prescription opioids becomes the most viable option when one or the other is unavailable, but, heroin’s power to produce an immediate and intense rush will probably make it the preferable choice.