If you or someone you know is asking “what are the effects of heroin,” you’re most likely seeing or experiencing distressing developments in the midst of a heroin habit. Others may be trying to ward off a growing dependence on the drug and seeking answers as to what the future holds with heroin in it.

Along with being illegal to use or possess, heroin is one of the most addictive drugs on the market. The drug’s ability to overwhelm a person’s sense of self and will unfolds fairly quickly the more a person uses. Asking “what are the effects of heroin” could be the best first step you take towards regaining and maintaining control of your life as you know it. 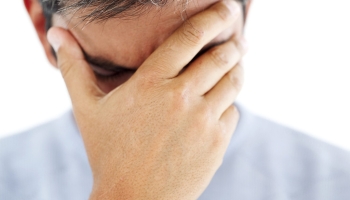 Don’t let the effects of heroin take over your life. Get the help you need today!

When asking “what are the effects of heroin,” no doubt addiction pops up as the very first answer. According to George Washington University, heroin falls within the opiate classification of Schedule I narcotic drugs, meaning it’s highly addictive while delivering zero medicinal uses. Though it’s derived from a natural plant, heroin’s addictive properties far exceed any possible medicinal uses it may hold.

In actuality, heroin converts into morphine once metabolized by the brain cells. It even holds a strong resemblance to the brain’s natural pain-killing chemicals or endorphins. The problem lies in how the heroin-to-morphine process shuts down the brain’s natural endorphin secretion processes. This shutdown process starts the downward spiral towards physical dependence and eventual addiction to the drug. So as a starting point, when asking “what are the effects of heroin,” taking over brain and body functions becomes the first damaging effect.

Ironically, the brain’s addictive response to heroin long precedes the addictive behaviors a person acquires over time. So what are the effects of heroin on the brain? Each time heroine interacts with the brain’s opiate receptors, it triggers the release of large amounts of endorphin chemicals. Each time this happens, the brain lessens the number of endorphin chemicals it will secrete on its own. This means users will need larger amounts of heroin to produce the same desired results.

In effect, using the drug and needing drug becomes a vicious cycle where users’ ability to control their intake gets lost in heroin’s effects. So when considering “what are the effects of heroin on the brain,” know that the drug trains the brain to depend on it much like the resulting high trains the person to depend on the drug.

What are the effects of heroin on your health, both now and in the future? Probably the most urgent and real-time effect of ongoing heroin use involves the risk of overdose. The combined effects of the body’s increasing tolerance levels and not knowing how strong a particular batch of heroin may pose an ongoing risk of overdosing and dying from heroin.

Long term health effects from heroin have as much to do with how the body and brain deteriorate as it does with the additives and byproducts mixed in with each dose. As brain and body functions breakdown, the body’s immune system weakens as well. Add to this the likelihood of toxins and byproducts accumulating throughout the body and users face any number of serious, chronic physical conditions down the road.

5 Things You Shouldn’t Say to Your Brother If He’s Addicted to Heroin When to Get Help for Heroin Side Effects 5 Tips for Getting on the Road to Heroin Recovery What is the Heroin Relapse Rate? Effects of Heroin Abuse and Addiction