Known as “junk,” “smack,” “H,” and “skag,” heroin’s nicknames naturally imply its illegal status as a drug. Anyone who’s smoked heroin for a while no doubt knows how addictive this drug can be. While heroin does cause damage to the person as whole when used for years, the short term effects of heroin are just as dangerous.

Heroin’s overpowering effects on the brain bring a person closer to becoming physically dependent on the drug with each use. People injecting heroin in the veins, or in the muscles, encounter a wide range of cumulative short term effects that can potentially place their lives in danger. Regardless of how a person uses heroin, or for how long a person has used, the risk of overdose is the most dangerous short term effect of heroin. 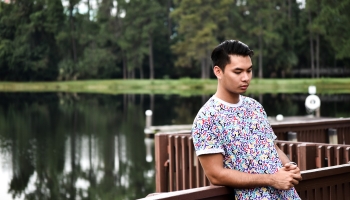 Heroin’s classification as an illegal drug has to do with the amount of damage this drug causes compared to any amount of good or healing it can bring. In terms of the short terms effects of heroin use, each time a person uses heroin, brain functions weaken while the body becomes more dependent on the drug. Evidence of this process comes in the form of the withdrawal symptom a person experiences between doses. As the body becomes more physically dependent on the drug, withdrawal symptoms become more severe.

It actually doesn’t take long at all for a person to become addicted to heroin once physical dependency takes hold. In effect, the short term effects of heroin use accumulate to the point where a person’s body can’t function without it and a person’s life starts to revolve around the drug.

According to the University of Arizona, heroin users commonly ingest the drug through intravenous injections or IVs. This practice is also known as “shooting up.” This type of use often takes place in less than sanitary environments, which opens users up to a wide array of bacterial and viral infections. Add to this the repeated piercing of the skin in designated spots and the short term effects of heroin IV use grow exponentially. Infections on the skin can spread through the bloodstream to infect any number of organs and tissues throughout the body.

Another short term effect of heroin use involves the variety of ingredients used in the making of each batch of heroin. Ingredients, such as dextrose, cornstarch and instant coffee introduce bacterial spores into the final product. So each time a person shoots up, the body as whole is exposed to any number of dangerous organisms.

As a central nervous system depressant, the short term effects of heroin work to slow down brain and body functions. This overall effect accounts for the extreme calm users experience after the initial “high” effect. This same calming effect poses a danger to heart and respiratory functions, according to a New York University report.

The short term effects of heroin place users at risk of fatal overdose each and every time they use. As heroin mixtures can vary in strength from batch to batch, it’s possible to ingest more than the body can handle with any given dose. When this happens, a person’s respiratory functions can completely shut down and lead to death.