Heroin addiction is a chronic disease that most users need help with in order to conquer. There are several tips that a person can follow to ensure that they have a safe and healthy heroin addiction recovery.

How Heroin Impacts a Person’s Life 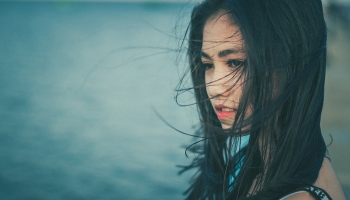 Heroin impacts a person’s life in various ways, the top of which being their physical health. Heroin is a powerful opiate, and when abused for prolonged periods of time can lead to organ failure and can cause a person to overdose, which can lead to a fatality.

Heroin is the number one illicit drug that people go to treatment programs for; this is mostly due to the intense withdrawal symptoms that people have when they detox from the drug. Heroin addiction affects the lives of millions of Americans and once a person forms an addiction to the drug they will most likely also become dependent on the drug as well.

According to the National Institute on Drug Abuse, over four million Americans twelve years of age or older had used heroin at least once in their lifetime in 2011; this accounts for 1.6 of the US population. Moreover, it is estimated that almost a fourth of the people who tried heroin become dependent on the drug.

Heroin addiction, dependence, and tolerance usually go hand in hand resulting in a person’s heroin abuse to become the main focus in their life. Once a person is addicted to heroin they will begin to use the drug more frequently which can lead to them losing their financial stability, losing loved ones, and losing their physical health.

The first tip a person deciding to stop using heroin should accommodate for is medical supervision. The withdrawal symptoms of heroin can be painful and dangerous, and therefore a person detoxing from the drug should be supervised. The second tip a person should know is that there are numerous free rehabs and sliding scale rehabs that will work with a person on their admission price if they need help. So if a person feels as though they cannot afford rehab, they should look into these options. Free rehab centers can be found on sites like www.freerehabcenters.org.

The third tip an individual should know is that the more involved they are in support groups and therapy tactics, the better of a chance they will have at succeeding. Support is a main factor in people conquering drug addiction, and even if a person is shy they should join support groups and fully participate in therapy sessions for their addiction. Support groups like Narcotics Anonymous are completely free and are located in almost every city throughout America. The fourth tip a person should remember is that their mentality and their willpower is the most important factor in conquering their addiction; if a person remains positive and is strong in their decision to stop using then they will have a better chance at stopping than a person who is unsure if they want to stop.