If you are not an addict, you may be able to end your abuse of heroin without professional treatment. However, many abusers of this drug in particular do need heroin drug rehab, and it is extremely important to consider all your needs as well as your situation as a whole before choosing the safest path.

According to the National Institute on Drug Abuse, heroin use may start out as voluntary––especially if you are accustomed to using other drugs––but eventually, this use is likely to become compulsive, especially with a drug as intense as heroin. “This is mostly due to the effects of long-term drug exposure on brain function. When a person uses heroin consistently, frequently, and in large doses for a period of time, it is common for the drug to actually change the way the brain works, leading to addiction. The longer and the more a person abuses the drug, the more likely this result becomes.

But what happens if you have only used heroin infrequently and if you have not yet become addicted to the drug? Will you still need to attend drug rehab? It is important to consider your entire situation when asking this question.

Do I Need Heroin Drug Rehab? 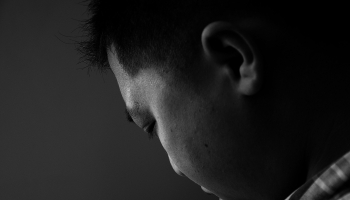 Using heroin for any reason is cause for concern.

If you have only used heroin a few times, you may not need rehab in order to quit, but you should ask yourself why you began abusing this drug in the first place. Were you trying to escape from unpleasant feelings or issues with a mental illness? Do you frequently abuse other types of drugs and tried heroin in order to see what the difference was? These are red flags that point to a serious problem.

While you might not be addicted to heroin, there are likely other issues in your life that rehab may be able to help you solve.

Not everyone needs heroin drug rehab, but it is common that most individuals who abuse this drug do. Especially if your use has become habitual, you will need to seek some sort of professional help, and rehab programs are usually the best option for this kind of treatment. However, it is very important to consider why you began abusing the drug in the first place and if you could be already suffering from or likely to experience issues with addiction.

You don’t need to be an addict yet to benefit from heroin drug rehab, but it is important to truly consider your situation and whether or not you are in danger of the potential issues that can arise with heroin abuse.