Most people understand the dangers of living with a heroin addiction, though many don’t realize just how dangerous it can be. According to the Medical College of Wisconsin, heroin users of any age are 10 times more likely to die than same-aged non-heroin users.

Anyone who so much as suspects a heroin addiction has started to take over his or her life may well want to consider getting heroin addiction treatment. With each passing dose, heroin’s effects weaken brain cell structures making them all the more susceptible to the drug’s addictive effects.

If you suspect you or someone you know may need heroin addiction treatment, here are 10 signs to watch out for.

According to the NIDA, increasing drug cravings mark the start of heroin’s vicious addiction cycle. In the absence of heroin addiction treatment, drug cravings continue to grow stronger driving addicts to consume greater quantities of the drug. 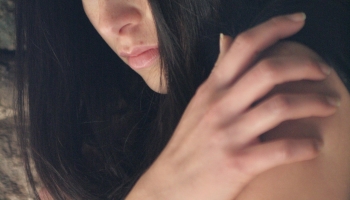 Heroin addiction becomes most apparent in cases where a person has made multiple attempts to stop using and failed.

As heroin takes on more importance in a person’s life, his or her behaviors start to center on getting and using more drugs.

Symptoms to watch out for include:

Once heroin becomes the focus of a person’s life, friends, daily routines and work responsibilities fall by the wayside.

Heroin compromises a person’s judgment and decision-making abilities. Financial problems grow increasingly worse the longer he or she puts off getting needed heroin addiction treatment.

Compulsive drug-seeking behaviors drive a wedge between what once were close, important relationships in the addict’s life. In turn, heroin drives users to form new associations with “like-minded others.

Anyone who’s experienced a heroin overdose episode and still continues to use is quickly reaching the end of the line when it comes to addiction’s damaging effects. At this point, getting needed heroin addiction treatment can mean the difference between life and death.