Similar to an addiction to drugs or alcohol, food addiction causes an adverse struggle amongst the addict and his or her desire to stop addictive behavior. This struggle continues despite weight gain, health problems, or emotional upset. Food addiction, though once believed to be a made up problem, is very real and comes with similar consequences to drug or alcohol addiction causing undue havoc, pain and suffering for both the addict and for those who care about the individual.

What is food addiction and why does it only affect some people and not others? This is a common question amongst both those addicted and those who aren’t. Recent research suggests that food addiction causes similar changes in within the brain to various other addictions such as addiction to cocaine. According to the US National Library of Medicine, the reward and pleasure centers of the brain are triggered by certain foods such as those which are high in fat, salt or sugar. For a food addict, these pleasure centers shut off when the food is not available leading to depression, cravings and a desire to acquire the food in order to feel better.

Is Food Addiction a Disease? 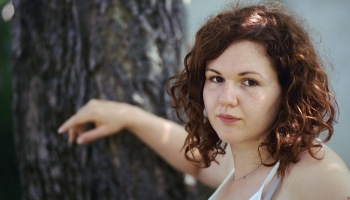 Food addiction, like with addictions to drugs or alcohol, is considered a brain disease.

Scientifically, food addiction is considered a disease because the definition of a disease is a condition in which there is no cure and that does not ever truly go away. Food addiction, like other addictions, is a lifelong problem that may go into remission but constantly comes with a risk of relapse.

People who are addicted to food will have a loss of control over the consumption of certain foods such as salty foods or sugary sweet foods. They may decide they will not eat such foods or that they will cut back and are often plagued with relapse, failure and the torture of having made a commitment and fallen back on their word.

Progressively eating certain foods can distort the way that the brain responds to such foods. This will mean that in time, the individual will become more and more tolerant to a particular type of food needing to eat more and more in order to feel satisfied. Overeating, or compulsively eating foods that are high in salt or fat could lead to various health related problems including obesity, heart disease and similar conditions.

Symptoms of a Food Addict

There are various symptoms that a food addict may suffer from including overeating, eating for pleasure, eating excessive amounts of a particular food or becoming preoccupied with food. These symptoms of food addiction are often progressive in nature meaning that as the individual consumes more of a food he or she will often show stronger symptoms of the addiction.

Many food addicts are overweight but not all people who are overweight are necessarily food addicts. Overeating or having an unhealthy diet does not make an individual a food addict. There are various other factors that must come into play in determining a case of food addiction. For instance, a food addict will be preoccupied with food and may not be able to focus on anything but food or a food addict may obsessively eat only a particular type of food.

Is the Scientific Evidence to Substantiate Food Addiction?

Since the mid 1990’s, food addiction has been a very prevalent condition amongst the media and in scientific research panels. There is scientific research that suggests that food addiction is similar to various other addictions and the changes that develop in the brain’s response system when it comes to eating certain foods cause a similar reaction to cocaine or heroin in some people.

Evidence suggests that there is a chemical dependency that can be formed on food and that tolerance to certain foods can develop causing the food addict to require more and more of the food in order to be satisfied. This evidence is very closely related to evidence that backs various types of drug addiction as a disease that affects the brain in a negative way.

Genetic research, animal studies and brain imaging have all been performed by scientists to substantiate food addiction as a very real disorder that cannot be made up. Scientific evidence and research have recently touted food addiction as a potential cause for obesity as well as for various eating disorders but there continues to be much research needed in order to fully understand the severity of this condition and the treatments which will work.

Is Recovery from Food Addiction Possible?