You may already know that mental health disorders are common among those who are addicted, but there’s something even more prevalent amongst drug and alcohol abusers: anxiety.

Those with anxiety and panic disorders are already on unstable ground. They feel on edge all the time, and they worry constantly. Add addiction into the mix and things quickly spiral out of control.

Anxiety and Addiction Feed Each Other

Here are some of the ways that anxiety and addiction feed off one another.

When you suffer from extreme anxiety, the idea of going places can easily become overwhelming due to the fear of having a panic attack. That means that many who suffer from panic attacks and other anxiety disorders tend to isolate themselves and avoid social situations. And addiction feeds on isolation. 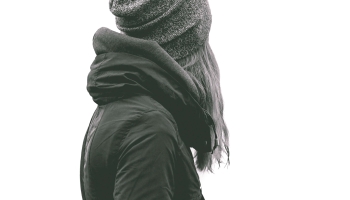 People with anxiety and addiction tend to isolate themselves and push others away.

Another aspect of addiction and anxiety that makes people succumb to both is that many of these individuals have difficulty maintaining supportive relationships.

For those with anxiety, there’s always a fear for reaching out, and for those with addiction, people tend to be pushed away. Yet without a support system in place, it gets harder and harder to overcome either issue.

For many of those with anxiety issues, the draw to drugs and alcohol has more to do with self-medication than with getting high. Drugs and alcohol can seem to calm the mind and give the confidence that isn’t possible when sober.

While this can seem like a great short term solution, in the long run, drugs and alcohol make anxiety and panic disorders worse.

If you’ve never heard of the limbic system, it’s time to learn. The limbic system is part of the body’s flight or fight mechanism, which is where the anxiety stems from. Thousands of years ago, human threats were often life or death; it was a herd of stampeding buffalo or a tribe of unfriendly enemies and the body needed a quick and efficient system for preparing you to fight for your life or run for it.

Yet today’s stressors aren’t life-threatening. They involve rush hour traffic and getting screamed at by your boss in front of a room full of coworkers. While uncomfortable, neither is life-threatening and the body’s natural response, to make you fight or run away, is no longer effective and turns into anxiety.

The limbic system is also the body’s reward center and where addiction occurs. Throughout a series of interactions, all drugs increase the amount of dopamine present in the limbic system. This creates euphoria, feelings of well-being, and the concept of being high.

Over time, the limbic system stops producing the normal amount of dopamine to counteract the drugs in the system, and suddenly, when you don’t have the drug, your brain crash due to chemical imbalance.

7 Ways to Know Depression and Addiction Are Spiraling Out of Control 7 Stress Handling Tips for Early Recovery Aromatherapy And Your Recovery from Addiction Cooking in Recovery: Why Finding a Passion in the Kitchen Is so Beneficial Anger Management: Is it a Necessary Component of Addiction Treatment?